Maybe For The Manson Family Surprise! The nearest Target turns out to be on your kids' back.

So, while undergoing some retail therapy yesterday, I found the following two hard-R flicks were cleverly located by Le Boutique Targét in the "Family Favorites" section of their video entertainment department: 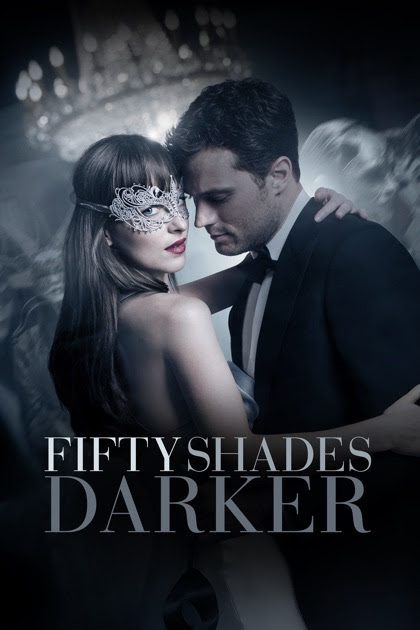 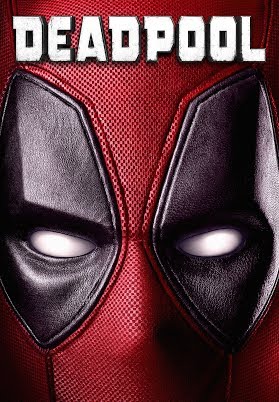 Now look, as someone who doesn't have any children (at least as far as I know/yet), far be it for me to tell you the minutiae of precisely how to raise yours. But I think we can agree that sado-masochism and a non-stop (albeit hilarious) never-ending stream of F-bombs and exquisite gory slaughter probably isn't what Mr. & Mrs. Average had in mind for plopping little Jack and Sally in front of on a Saturday afternoon for some light entertainment and wholesome family fare.
In the immortal words of noted thespian Ryan Reynolds in the latter flick,
"What the $#!^ biscuit?!?"
To be fair, when I brought this little holiday non-sequitir faux pas to the attention of the manager on duty, politely and light-heartedly (because let's face it, this isn't a billion people dying of hunger), she not only agreed with my assessment that it was inappropriate, and also probably not what TPTB at Dayton-Hudson Corp. want to read about going viral on FaceSpace if I or someone with a lesser sense of humor found it and took a cell-phone pic,  she proceeded immediately to the offending (literally) rack to relocate said fare to a more appropriate section of the shelving.
But you do have to wonder exactly what sort of Common Core-graduate left-edge-of-the-IQ-bell-curve stocking clerks they've hired who'd have plopped the videos there to begin with, without maybe, y'know, getting a second opinion from someone with a few spare IQ points, and a dollop more of common sense.
But maybe I'm expecting too much from a company that can't see why letting middle-aged cross-dressers with a tenuous grip on reality into the same bathroom as little girls might be a problem for most parents. Especially in states with must-issue CCW regulations.
At any rate, one video department is now a wee bit safer for letting kids be kids a little longer, at least until Rihanna and Pink release their new cover and music video duet of I Saw Mommy Whipping Santa Claus.

And for anybody dipshitty enough to even attempt to justify either flick as being suitable  "Family Fare" in any way in comments, please tell me you're childless, have been suitably spayed/neutered, and prepare nonetheless to be mocked mercilessly and with malice aforethought.
Posted by Aesop at 12:00 AM

Good call. And good on the manager for not being a douchebag/dipshit and just helping you out. I really think that whoever sticks stuff that way probably doesn't even pay attention to what they're doing. They got their orders and their doing their robot thing. These are generally drones doing those jobs, and they're going through the motions.

We've all worked alongside The Average Worker, be it retail or corporate office or dangerous outdoor occupations. You all know what a bunch of idiots they all are. The only shock is that things still work on the level they do. Which sets that bar pretty low. At this point it is probably just better to laugh at the daily condition than get stressed about it. Go back to eating your McDogfood laced with too many antibiotics, accidentally dropped on the floor before being put on the bun next to the lettuce an illegal wipes his ass with. And this is the best it gets. :)

The IQ scale is not a linear progression of capability, with the 110 IQ person just a little smarter than a 100 IQ person.

No. It's a geometric progression of capability. So that 110 IQ person is seriously smarter than a 100 IQ person.

And... to someone of 130 IQ or higher, the 'average' person is just about dog smart in comparison. And those of 80 IQ or lesser are just walking meat bags.

But our liberal overseers want us to treat everyone as if they are the same, low IQ level.

No they want to kill off all the high IQ people because low IQ people are easier to control...

For some reason this reminds me of when I was a kid, and the night my parents brought home a "horror-comedy" from the local video store called "Dracula Sucks" and popped it into the VCR.

We laughed about that for YEARS.

. . . And I'm glad I'm not the only one who calls it "Tar-zhay" instead of Target. Or, as a friend of mine calls it, "Wal-Mart for people who are too proud to shop at Wal-Mart."

Andrew
Intelligence also isn't linear in all aspects either.
Both the farmer and doctor may be fully capable in their respective fields but both may also be useless in others.
The farmer with an IQ of <100 may be intellectually incurious and the doctor with >120 may be incapable of multi-functioning, IE;changing a tire or runing a business.

So, who determined that the farmer must be less than 100 on the IQ meter? Just because he wears denim, a ball cap and works in the dirt doesn't make him a dumb a$$....

I deal with farmers everyday. They are professional buyers, sellers, forecasters, traders. They can, mechanic, doctor, electric, build, and plumb.

A doctor has a definite specific high value. A farmer is not a specialist. He is a generalist. A man with a large stack of talents, and the balls to risk it all.

Steve, and Co.
I live with and around dairy farmers. Both sides of my family were dairy farmers. What you say is on point and true.
It's also true that their work requires a great deal of knowledge, but not necessarily something that will show up on an IQ test.

The "person" in your store was probably related to the one in the mall bookstore who was responsible for putting the Ann Roquelaire (Ann Rice) _Sleeping Beauty_ in the childrens' books section.

Good call, and good on the store for taking care of it right then.

I haven't shopped there in years; they don't have much of what I want anymore. I have several friends who won't shop there because of their stance on bathrooms.

Nice to see you're feeling better. The days aren't quite so delightfully snarky when you're out of the game with a case of the sniffoos.

I work retail but in the Meat department. Its not always (but sometimes for sure) Low IQ/Wage workers who don't care.

Customers drop off shit they had second thoughts about everywhere, and some do crap like that on purpose.

Nothing like having a clothing department gal come by with a very warm and brown 25 dollar ribeye steak someone just tossed under a stack of jeans in a clothing rack.

Or a fantasy shopper that fills a cart with stuff they want, but can't pay for, and abandons said cart somewhere.

Or they fill the cart with 300 dollars worth of stuff, and wait till they get to checkout to decide what of that they want to keep cause they only have 100 dollars on their card.

Not uncommon to get back 50, 75, sometimes $$$ more of meats that now have to be rendered from twits like that.