WASHINGTON DC (Aesociated Press) Shrillary Milhous Peron was rushed to Georgetown University Medical Center yesterday evening with a severe case of whiplash and a wrenched shoulder. Aides for Evita said the former Secretary Of Graft was injured when evening news broke about the firing of FBI Director Comey, causing her to spin around, go rigid, and collapse at home like a sack of potatoes. Once thrown into her van by Secret Service personnel, and after a brief recovery at a friend's apartment, she was able to return home, and there threw her shoulder out after the initial injury while packing and rushing to get to a flight to a country with no US extradition treaty.

In a shockingly ironic turn, former director Comey was subsequently admitted to the same hospital on returning from his trip to Los Angeles, for emergency removal of a size 11 boot from up his rectum somewhere north of his diaphragm.

Spokespersons for the medical center said they expect a complete recovery for both patients, but that Comey's injuries were the more severe, as the boot impact may have caused a serious cervical strain, because Comey's head was rather unfortunately already shoved in his rectum as well.

"The good news is that the shock and impact have fortuitously dislodged his head" said one surgeon involved in the case. "We fully expect to discharge Mr. Comey once his eyes get used to daylight again, and his lungs are strong enough to breath normally. If this hadn't happened when it did, the spinal curvature would likely have become permanent." 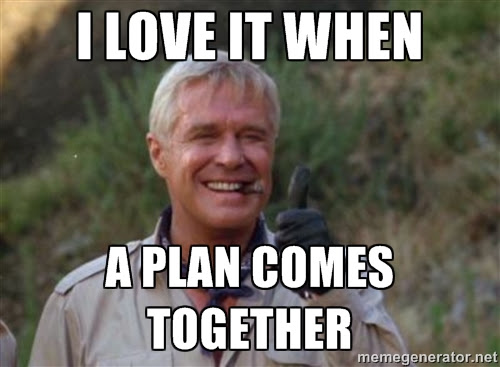 Aesop - off topic for this article but WHO has declared an Ebola epidemic in DR Congo after 3 deaths (out of a population of ~77 Million).

BTW, I'd like to thank you for writing your blog. I have been reading it every week since I found it in 2014. Great info!

You're welcome, thanks for reading, and for the Ebola tip.
I'll keep an eye on it.
Epidemics there are likely annual or so; the key, as always, is TPTB jumping on them with both feet (like they didn't in W. Africa in 2014).

We were one US patient from disaster that year, (that's how many empty treatment beds - out of eleven nationwide in the US - we had left in actual BL IV ward units), and due to HopeyDopey's ordered news blackout, we have no idea why that epidemic finally abated, because WHO never met so much as one of its goals to stop it. (And, as before, we still don't know why it started, where, or how it's transmitted - just like in 2014).

And no one here learned the other lessons of the last time, which puts as in the exact same place we were in as of January 2014.