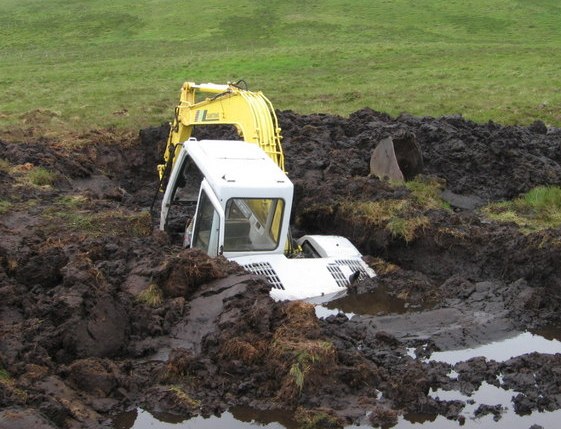 From the NYPost: link


Hillary Clinton was headed to an emergency room following her frightening collapse at the Sept. 11 memorial ceremony — but detoured to daughter Chelsea Clinton’s apartment to keep details of her medical treatment under wraps, The Post has learned.

Secret Service protocol called for the Democratic presidential nominee to be rushed to a state-designated Level I Trauma Center in the wake of her Sunday-morning health crisis, sources said. In Manhattan, that would be Bellevue Hospital.
But a campaign operative, in a move that might have risked the candidate’s health, decided to change course to avoid having Clinton seen by doctors, nurses and other medical workers who could leak details to reporters, according to a source.
In addition, Clinton’s van was supposed to be escorted by an NYPD detail, but the Secret Service whisked her away from Ground Zero before cops could accompany her, another source said.

So the decision to
1) endanger Clinton's health
2) break Secret Service protection protocol
3) ditch the cops
4) duck an actual ER, with independent doctors, nurses, and staff
5) avoid at all costs an independently verified diagnosis of pneumonia, or any possible credible refutation of same

was made by a Clinton campaign staffer, as Shrillary lay lethargic in the van!?!

Of course, once that came out, the staff (that would be the same staff that already lied twice about her alleged condition, and concocted and disseminated the fraudulent narrative for an hour and a half past Sunday's unplanned disclosure to the known world) issued a contradiction immediately:

Campaign spokesman Glen Caplin said the Clinton team “disputed the account” and released a statement saying:
“As soon as she got into the vehicle, she was feeling fine. Her preference was to go to Chelsea’s. Based on an assessment of her condition and after having conferred with her physician, the staff and the Secret Service thought it was appropriate.”

Townhall goes on in commenting on the above:


Fallon also said that Clinton was running around Chelsea's apartment, playing with her grandchildren. Fallon, Clinton, and Robby Mook have tried to convey this notion that while Hillary is sick, she’s powering through it, as if to diffuse the notion that she’s old, decrepit, and is…low energy.


So let's get this straight:
In public, with the whole nation watching, Clinton collapsed, and had to be stuffed into her purpose-built handicap van by a small army of minders and manhandlers.

But miraculously, seconds after receiving a jolt of therapeutic air conditioning(!) inside the van, she made a miraculous recovery en prive, and was able all by her ownself to decide to override protocol and common sense, and purposefully and thoughtfully continue to deceive everyone, while avoiding any independent verification, because rampant paranoia.

And was then, out of sight of anyone not connected with the campaign, cavorting like a doe in spring, all verifiable solely by her campaign staff and "medical" minders the usual and already widely-acknowledged basket of deplorable recidivist pathological liars and frauds.

So we're back to believing and trusting a campaign in desperate need of fire extinguishers and asbestos pants to keep their underpants from going up in smoke, and getting third-degree burns on their asses, due to a reflexive, rehearsed, planned, and lovingly-executed campaign of total unmitigated mendacity. Or, we can all believe our lying eyes.

Look, pull the other one guys, it has bells on it.

One trip to the Bellevue ER would have undone the pneumonia diagnosis in five seconds, with a CBC blood test and a simple chest x-ray, and put Shrillary's paid quack against board-certified MD's in emergency medicine, radiology, and pathology, in about the same amount of time it took (90 minutes) for the total blackout of coverage or information, coupled with no IV antibiotics, and no IV fluids, just air conditioning, her granddaughter, and a metric fuckton of spin, to produce manufacture the complete and utter bullshit of a sudden cure for her implausibly alleged "pneumonia".

If everything we've seen, culminating in Sunday's total collapse, really was nothing but a previously-diagnosed legitimate (but not permanently debilitating) case of pneumonia, why did it take 90 minutes, in secret, to decide to come clean with that story? And why not simply go get legitimate treatment at a world-class ER for an easily diagnosed and treated condition? (I know! I know! Because Cover Story 3.0 is yet another fabulist whopper!)

And now, comes word that the Clintonistas will release "additional medical information", which will confirm that there is "no other health condition".

2) You can't prove a negative. A mountain of information, if it doesn't account for the noted and well-documented incidents, episodes, and medically significant observed phenomena, is simply so much whitewash. And hogwash.

3) If there's nothing further to declare, another blizzard of bullshit won't help confirm that.

4) The sudden and diligent desire, to screamingly entreat 300M Americans to "pay no attention to that diagnosis behind the curtain",

is rampant paranoia, and epic punch-drunk swinging after the bell, once you've given what was supposed to be the first second third and final, 100% certified true version of what's really and truly going on. Police interrogation experts call that "consciousness of guilt". Centuries before forensic interrogation techniques, even Shakespeare noted sagely "The lady doth protest too much." I simply say it's a trainload of bullshit.

The more they talk (and they dare not shut up about it), the more the campaign, and Clinton herself, inadvertently reveal. To wit:

> She, and they, are pathologically afraid of independent diagnostics or examination, that would confirm or deny her actual condition beyond all doubt. Which is precisely what going to that ER on Sunday would have done, once and for all. And as proven, they are all loathe to let that cat out of the bag.

> To be so paranoid, whatever it is has to be so obviously damaging as to hopelessly derail her candidacy, and of such serious magnitude that none of them dare speak its name.

> Such paranoia on its own, even - or especially - absent any deeper secret, is sufficiently disqualifying to ever grant her the office she seeks. Arguing that the reason no one wanted to tell America nothing was seriously wrong was because they were pathologically afraid of the Boogeyman/Bigfoot/a chupacabra, is hardly a ringing endorsement of one's judgement under such notably minor pressure.

> They are willing to risk the candidate's health, and destroy the trust of every American voter, to gain the White House.

> Shrillary is therefore probably a very sick woman, either medically or psychologically, if not both; and both she and her campaign, including her husband, daughter, and the sitting President, First Lady, and VP, are willing perjure themselves, and to sacrifice her health and possibly her life rather than face the music, or ever tell the truth, the whole truth, and nothing but the truth, and let the American people decide whether or not she's fit for the office. Such naked despotic grasping ambition should and must be rewarded, even absent the truth, by a negative vote at the polls.

> Anybody remember the last time the Democrats closed ranks, and got burned so thoroughly by it in the end, when the truth came out?

I can think of at least one person who does.
Posted by Aesop at 12:58 AM

Be fair Aesop, she may well have pneumonia. After all aspiration pneumonia is on of the most common serious complications of advanced Parkinson's disease.

what i found interesting was the reaction of the team around her. the most visible is the heavier set balding guy. His reaction was no reaction; a just another day at the office. were talking a 70 year old who has a decreased level of conscious, AMS, Syncope episode and with a prior history. in a pre-hospital setting she would getting transpo'd to the nearest ER. what i did not see is traditional pre-hospital care. position of comfort, baseline vitals and exam, HF O/2, fluids, leads..that is just thru my VFF-EMT-B eyes. glad to see she is surround by experts who can treat how they want. in the real world people die...

They just pump her full of The Blood of Young Virgins again, and she's fine!

@Anonymous, 12:07
She may also have aspiration pneumonia as a complication of Parkinson's, but that isn't what knocked her on her ass in total vapor-lock on Sunday, which is still the relevant point.

Clinton SOP #1 is to lie with a partial truth, so I do not discount they may have decided to reveal a lesser included diagnosis, rather than actually, you know, tell us what she's really got in its entirety.

Well, don't you remember that Simpsons where the local police chief and some others are about 20 feet in a hole, are told there's nothing in it, so they dig further?

Somebody asks, "how are we going to get out?"
Chief Wiggum replies, "dig up."