"I'm smart enough to run a multi-million-dollar nationally-known company, and I'm conservative, - no, really, cross my heart - but as God is my witness, I didn't know the NYSlimes might bend someone's words." 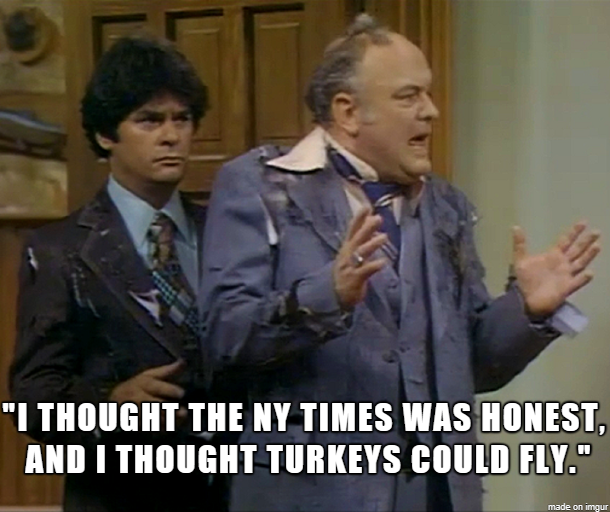 Pull the other one; it's got bells on it. 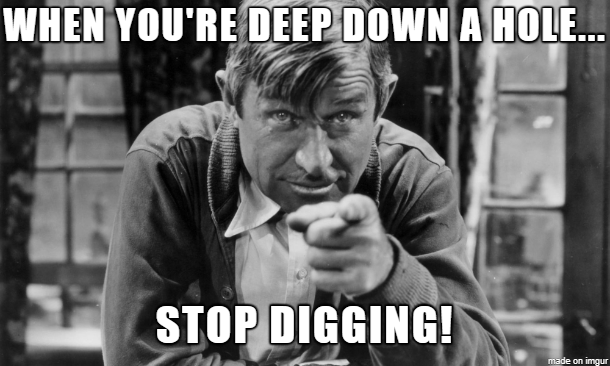 Fire CEO Hafer. Publicly, and for cause. He's either too stupid to be in charge, or actually evil. Probably both. Like Dubbya, he's only a gift to conservative bloggers and late night talk show monologue writers.

Force him to put his shares into a blind trust, and relinquish control of the company for 10 years, if not forever. Bring in someone completely untainted in his stead. Have them loudly proclaim their conservative bona fides 24/7/365 forever, starting with calling out Biden's electoral fraud in such a way that the enemedia has no choice but to blacklist them as hard as they did Mike Lindell and MyPillow. Then double down on conservatism. Until CNN, PMSNBC, Rachel Madcow, and the witches' coven at The Spew hate your guts and want you dead, you're not trying nearly hard enough.

Or else admit the charade, fold your tent, and go sell shovels to shit miners.

There's no other way out of this tar baby for them. And the sooner they quit flailing at it, the better off they'll be.

We'll see if Soccer moms and commies will keep the brand afloat.

To late. Once on my shit list you never get off.

"Fire CEO Hafer. Publicly, and for cause."
Sounds good but ain't gonna happen. Hafer may be the founder but does he even still own a majority of the shares? If the venture capitalists are liberal and in control, they'll keep him until after they crash and burn.
The only thing I can do is cancel my subscription and start buying from the hipsters down the road. At least they're not p***ing on my leg and telling me it's raining.

“Once is happenstance. Twice is coincidence. Three times is enemy action” - Ian Fleming.

After this many "mistakes" Hafer is one of two things - a complete idiot or a liar.

As a note, I just checked. Apparently this is still not enough of a concern to rate an entry on their webpage yet, so apparently they still consider it not an issue.

And yes, too, as God is my witness, I thought turkeys could fly...

"That was such a hitpiece the NYT did on us, our social media account retweeted it without comment! Trust us!"

Pfft. Still dead to me. Been a long time since I've had a Coke, as well.

The coffee tastes horrible. Like Starbucks. Only reason I bought theirs is culture and values. Guess they don't need my business either. Disappointed but not surprised.

As name brand coffee got more expensive, and more socially involved, I've been moving down the shelf from eye level to knee level. I found that I really like Community Coffee, Dark Roast. Costco carried it in the 46oz bag, but recently switched to their breakfast blend. I haven't tried it but I like dark and rich a lot so I'll stick with what I know. I add 3 packets of splenda and heavy whipping cream to a 2 cup cup...so I like strong.

I bought my last two bags on Amazon, but I'll buy direct next time.

They are long time family owned and focused on COFFEE. They are also half the price or less of starbucks in the grocery.

I don't see any need to virtue signal on the right, any more than on the left. I appreciate supporting LMIs and rewarding 'the good guys' but too often it seems to backfire.

I learned to drink cawfee in the Navy -- cawfee should be strong enough to bite the bowl off the spoon!!