Don't get me wrong. I don't begrudge a federal holiday for something that actually happened, especially as it put the final nail in the coffin of "the peculiar institution", which was a stain upon our national honor from the founding up to that day.

But now, you have to give us back the abortion that became MLK Day.

Because if we're going to start giving holidays for just being black people we like, how about Sammy Davis Jr. Day, Jackie Robinson Day, or Denzel Washington Day?

Let's just give the axe to MLK Day before things get much stupider, and call it even, shall we?

And while you're up, let's ditch the other abomination, "Presidents' Day", and go back to Washington and Lincoln's Birthdays, respectively. Because no way in hell I'm ever hoisting a glass to Woodrow Wilson, Warren Harding, FDR, LBJ, Mr. Peanut, Lying Bill, or Hopey Dopey, except in thanks that most of them are dead, and the rest of them can't die soon enough.

In fact, the living ones on that list should die at the end of a rope, after a fair and speedy trial, and a fine public hanging, since we're wishing.

In fact, truth be told, there's only one other presidential birthday I'd ever celebrate.

That would be the birthday of our ninth president, President William Henry Harrison, whose selfless public service was exemplary, and whose administration stands above every other one before or since, bar none as the most utterly blameless, and totally lacking in any taint or  corruption. He also served ably as a military officer, and was the grandfather of another president, being only the second president to pull off a relative in the office, before the idea of such nepotism had become really trendy.

Why Harrison? Because any president with the self-sacrificing spirit to have the decency to die after only 31 days in office, pretty well sets the bar for public service to the American people, proving unquestionably that he had the best interests of the people well in mind when he ran for the office, and leaves him as the only president never to have suffered even a whiff of scandal.

So next February 9th (Harrison's birthday), hoist a glass to the best president in American history, a record that's liable to stand for a long, long time.

Until then, don't begrudge a holiday to let black Americans celebrate the final end of slavery, (in fact, let's call that holiday what it should be called: "reparations", and the only one they should ever get. Unless you're going to count favorable quotas, and billions and billions in government payments, in return for pretty much being a blight on the national demographics if we're talking about education, crime, productivity, bastardry, the scourge and serial sociopathology of single parenthood, or pretty much anything not involving entertainment or sports achievement, with a notable handful of spectacular exceptions) but always remember who it was who achieved that outcome (whypeepo), and also remember one other thing: 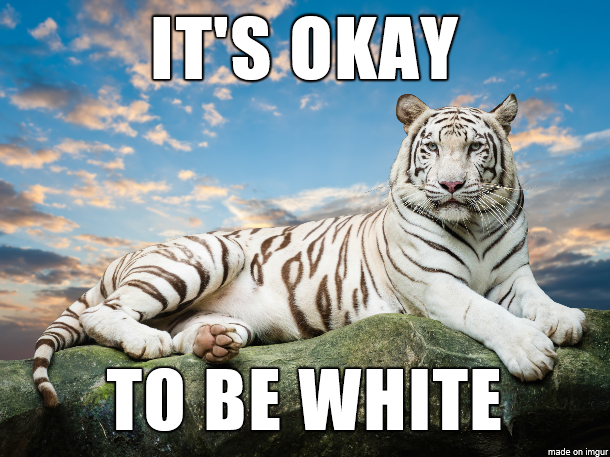 Aesop,
Your one major failing is your overwhelming use of understatement;

It is Trillions, of course.

About MLK Day, the rumors have been circulating for quite sometime that a certain audiotape obtained by the FBI at J. Edgar Hoover's direction includes a recording of conversations and activities at a hotel room party attended by MLK in the 60s. If memory serves me, the tapes will be subject to revelation in five years or so, either by public law that requires it, or via a FOIA request.

If the rumors are true, all hell will break loose, and there will very quickly be no MLK federal holiday.

Note that what I am saying is pure rumor, but rumors have a way of sometime being true.

I think it's OK to have two.

MLK Day, breaking the back of Jim Crow.

Paring it down to one day would be like eliminating WW1 memorials because WW2 was really just the same war put off a generation.

I just don't think MLK rises to the level of civic sainthood requisite for a national federal holiday in his honor.

End of some guy who spoke well, occasionally pissed off both J Edgar Hoover and the KKK, and got shot for his trouble? Not so much.

If that's the bar to get over, we'd need holidays for half the guys in Toastmasters from Chicago.

Washington? I get it.
Lincoln? Okay.
MLK? Not even in the same league.

It's like a monument to seafaring men, featuring Columbus, Magellan, and Gilligan.
One of these things is not like the other.

But for federal employees, now with less to do, and more time to not get it done, it's sure to be a big hit.

"Juneteenth" did not, NOT, mark the end of slavery. It was a thing that happened in one locality (Galveston, Texas), and nowhere else. And no, that locality was not the last holdout for the existence of slavery in the U.S. It continued to be legal in Kentucky and Delaware, and significant numbers of African-Americans were still being held as slaves, until the ratification of the 13th Amendment in December 1865. Our new federal holiday did absolutely nothing to change that, one way or the other, and talking about it like it did will only increase our generation's trend toward historical illiteracy.

The first article I saw after the law was signed: "Juneteenth? It's not enough."

It will never be enough.

T-Rav: neither Kentucky nor Delaware was part of the Confederate states, when last I looked.
And Galveston is about as far from the Mason-Dixon line southwards as one can get.
So it does, in act, commemorate an actual event. If that's the one they want, let 'em keep it. I'm all out of fucks to give.

But MLK Day is a walking abortion, always has been, and always will be.
It never should have happened to begin with.

And as John Wilder noted, "It will never be enough".
They shoehorned an illegal immigrant halfrican into the presidency, and instead of assuaging racism claims, they exploded the claims of such. Race relations were better in this country between blacks and whites in 1950 than they were in 2015.

As I've suggested elsewhere, rub their noses in their perpetual claims of butthurt and "RACISSSSSSSSSSSSSSSS!"

From now on, everyone, everywhere, should append "...because of systemic racism." To every statement made everywhere, about everything.

EVERY day, EVERYwhere, EVERY statement.
Rub everyone's noses in the whole farcical notion until they're so damned sick of it, that even Al Sharpton and Don Lemon publicly state "If I hear one more sonofabitch complain abut "systemic racism", I'm gonna cap a motherfucker right in the ass!"

Make them so sick of the phrase the entire society bans it from ever being spoken aloud in public ever again.

Also, fucking brilliant! From this day forward I will end every sentence I speak with that phrase.
IdahoHunter