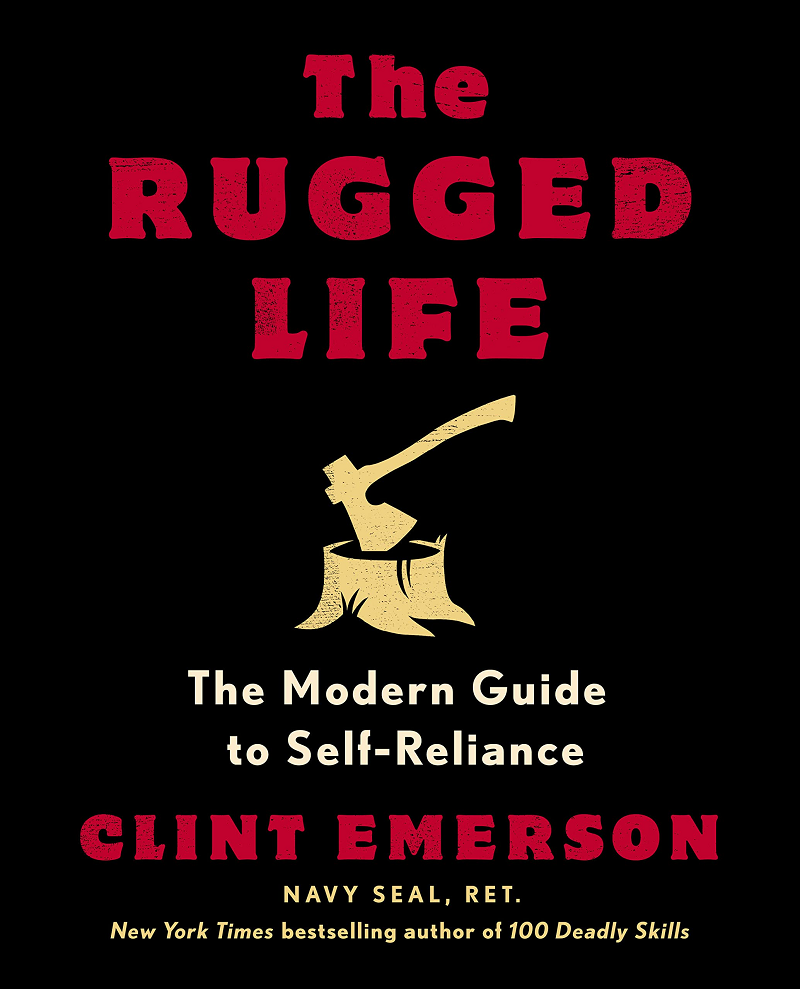 We accidentally picked this up yesterday at Big Box Bookstore, who had it (purposefully?) misfiled under Arts and Crafts, which is a bizarre choice for shelving a book on Day One of release from a multiple NYTimes best-selling author. "Accidently", because we were going to get it from the 'zon a couple of bucks cheaper, but a bird in the hand, and all that, so it followed us home, which gets it out of our online "Want This" queue, where it's waited patiently for the book's release date.

His earlier works are nearly all go-to pure gold (Deadly Skills and Deadly Skills: Survival Edition are five-star recommendations; Deadly Skills: Combat Edition decidedly less so, chiefly because Emerson farmed it out to a bunch of people who had varying levels of actual skill, widely varying abilities to explain or teach combatives with the written word, several who are quite frankly full of crap, and none of whom have Emerson's ability to convey the subject, nor the real-world back-up to tell what works from crapola. But I digress.)

This work, being completely outside Emerson's SEAL skillset and wheelhouse, is one where he nonetheless learned from his mistake with the Combat edition, and rather than dealing the authorship out to less-qualified others, he took it upon himself to learn firsthand from subject-matter experts, and then distill the key points down himself.

A few hours in, we're not quite halfway through the 270-something pages, and what we've read so far is worthwhile. As we'd expect, he presents the topics logically, and in the manner of former MagPul trainer Travis Haley, doesn't present things in a "This is the only way to skin a cat" method, but rather, treats the reader as if they had a brain, by saying "This is what you'll need to do if you're going to do this all-out, but if you're not, you can try Option B or Option C, and find out what works best for you, at whatever level you need or want to be." Would that all instruction took that approach as often as possible. Sometimes, there is only one right way to do it, but in many things, there's quite a range of what works, and what doesn't.

Emerson lays out those options, with text, tables, and illustrations aplenty, and whether you're new to the ideas, or just want to check yourself and what you've already gotten going against some solid lists and suggestions, the book is worth the trouble, and the cover price. Many aren't, but this one is a keeper.

We get $0 from recommending it here, and paid for it with our own cash, which is why we do it. We don't recommend books we didn't buy, don't own, and/or haven't read ourself. If you have the desire to take care of your own business, and prepare for any number of bad things that may or may not happen, you're our people, i.e. the ones who'll generally be part of the solution, and not part of the Free Sh*t Army problem, in anything from a minor local mishap to a global calamity. Hopefully you never need any of this, and just benefit from a more connected life, less dependent on distant supply chains and the vagaries of political stupidity from our would-be overlords.

Dangit. I was working to make my "to read" pile shorter. Ordered.