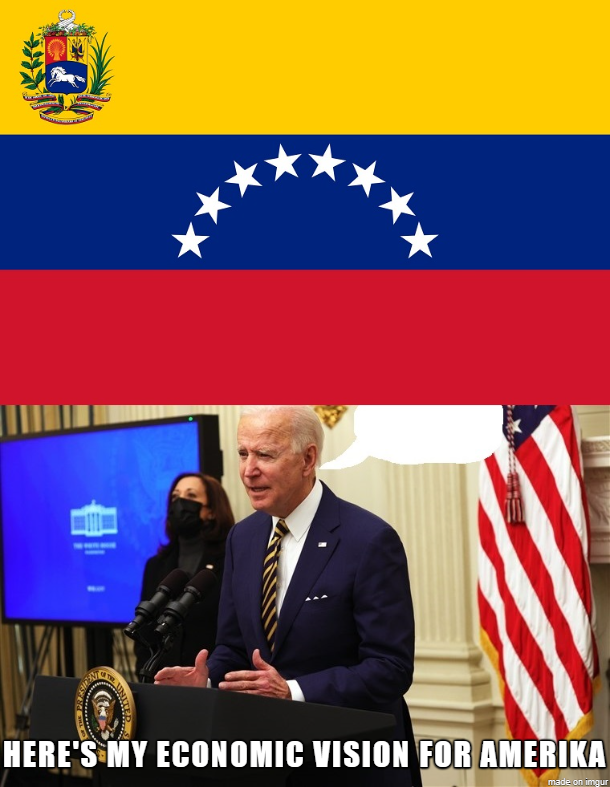 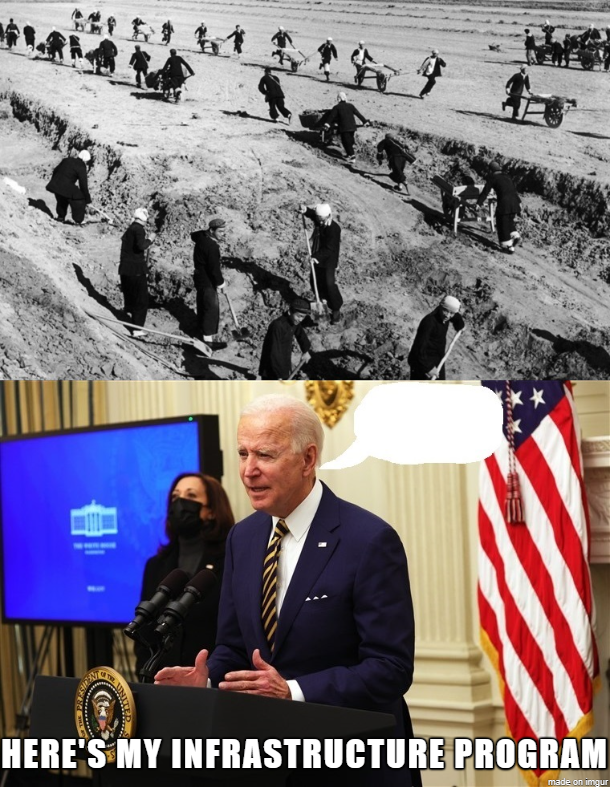 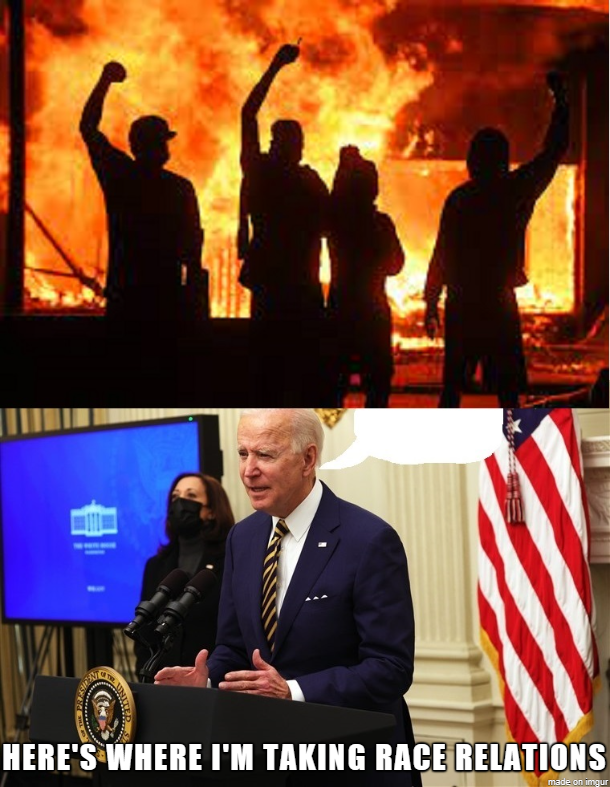 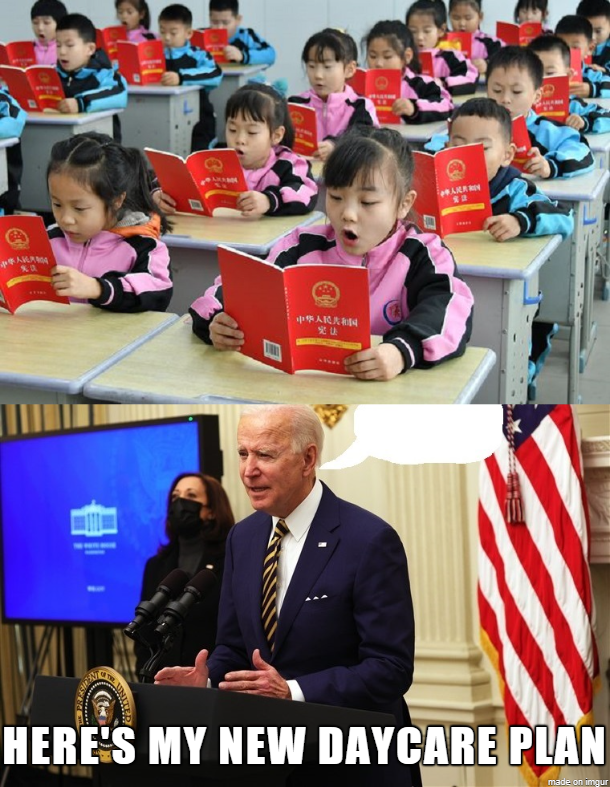 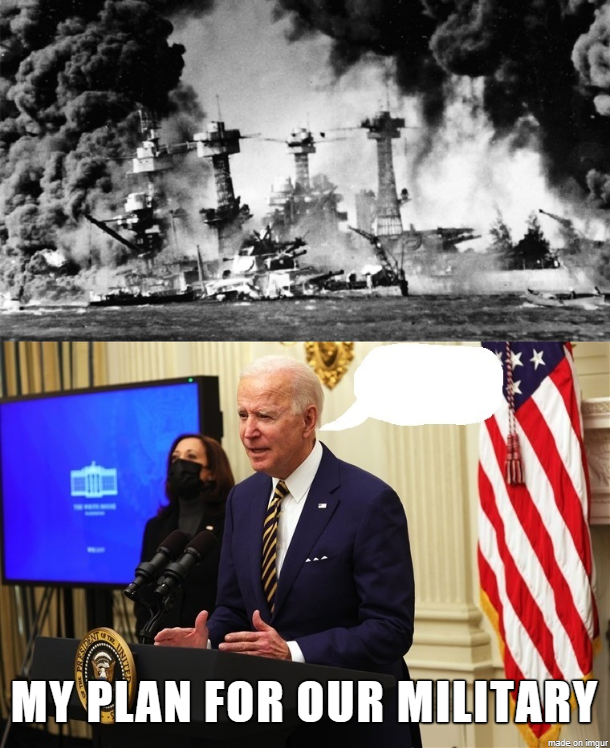 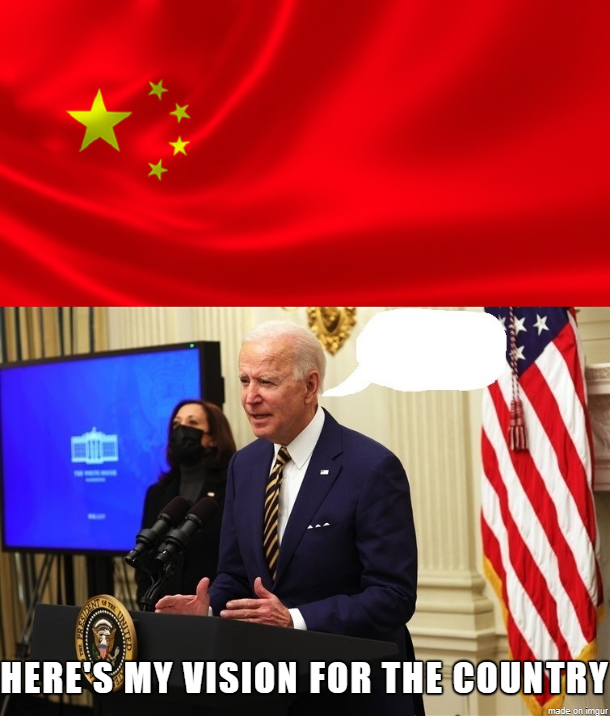 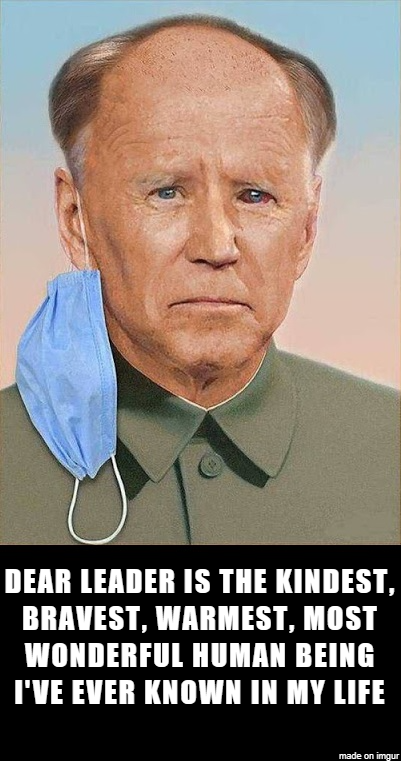 Thanks for the recap. I didn't watch it, since I have a policy of not doing anything to legitimize fake Presidents.

Nota bene he has never been legitimized on this page, nor ever will be.

BTW, what is the current situation of covid-19 in southern California?

I'm pretty sure he doesn't know any of what he's saying at this point. I'm just impressed they can keep him upright for so long.

I wonder if it has dawned on any of these power mad fools that we (the enemy) get a vote in the outcome of their plans.

Love the Photoshop job on Gropy, especially with the paraphrase from The Manchurian Candidate. Haven't seen that one in a few year, think I'll pull out the DVD and catch up on fond memories again.

Sorry, I realized after that sounded like a veiled insult. Wasn't intended to be; I was thinking more about the "Biden's a fake President" part and not the rest.

No insult taken, T-Rav. I feel as you do.

@kurt9,
Once people stopped gathering for holiday parties, the spread, which coincided precisely with upticks after Labor Day, Halloween, Thanksgiving, Christmas, and New Year's, faded into oblivion about 22 days after that last one.

When people stopped being jackasses, the spread tapered off fairly rapidly.

We went two months with 0 new cases, and have had only a few (counted on one hand) from Feb-present, where I work.

Which also coincided with millions of people getting vaxxed (3M/day, nationwide). I'm not a fan of the vaxx personally, and haven't gotten it, but if 1/3 of the country, plus those who've had it, is enough to throttle the spread, so be it.

We took down our outside tents this week, and only have one area set up to handle the occasional case, as was true prior to the start.

Disneyland and other amusement parks open locally today, at reduced occupancy rates, so we'll see how this goes.


I'm cautiously optimistic, as truth on the ground is always 21 days ago. We'll know how we're doing today in 3 weeks, and so on, but so far, so good.

I will not get the vax either. But my natural life style is socially distancing anyways. My wife and I simply do not see people on a regular basis (even on holidays). In any case, that is good to hear about SoCal with regards to the 'Rona.