(Note to Tyler Durden Actual: Sorry man, but just this once, I had to break Rule One.)

There's a reason that Southwest cancelled 1000 flights today, and will do so again tomorrow.

And it ain't because of "weather", except for the sh*tstorm of vaccine mandates that are, not coincidentally, starting with occ fields with a high percentage of former and current mil and mil-reservists.

What you're seeing, and what you saw when my employer tried this, and ended up caving and granting mass exemptions to 25% of the workforce, was Phase One. The Flop! was seismic.

Now, the same thing is hitting police and fire unions, and then airlines and flight controllers, in Phase Two. It's going epicly bad for those trying it.

And FakeNews isn't able to contain the reality.

If they keep trying this with Phase Three, Tyler and Company will not be making an object lesson. They'll begin castrating people, one on one, in the men's room, and those surgeries will not be reversible once they drop the missing bits in a food processor. The slow learners after that will start getting an epidemic of sudden carotid exsanguination, followed in about 20 heartbeats by being Deader Than Canned Tuna.

And you want to start pushing your poison into kids?!?

What could possibly go wrong there???

Much like a clay pigeon in the hopper, the last word you're liable to hear is "PULL!" 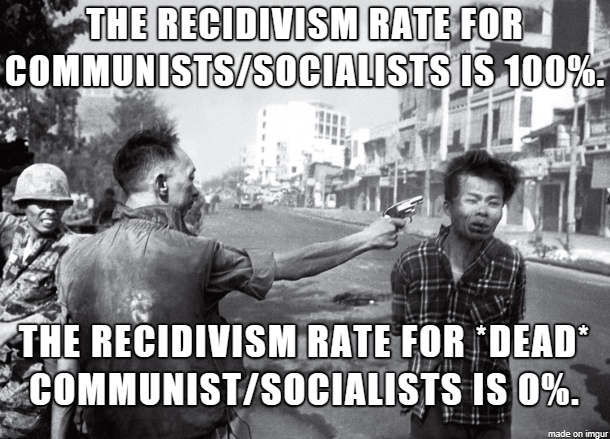 I hope this is the beginning of the salvaging of the Republic.

I have beem carrying a rifle and ammo in my truck for months now. The initial thought was to be able to fight my way out of a bad situation. Not any more. If I pull out and load my rifle, my survival has become secondary to simply killing as many commie motherfuckers as I can.

Nothing is more fearsome than the man with zero to lose.

Fuck southwest. They think the PPP loan which they don't have to pay back came from the goobermint. Fuck them, that was our money in the first place.

Its always about the money, may God have mercy on them and their idol because I won't.

That's why Trump is a fake. He did only three things in my book.

1. He was stupid and exposed them, thankfully.

2. He signed that damned first stimulus bill which paid for the PPP loans. ps Hat tip to Kentucky's Senator Massie the only one
who voted no on that bill.

3. He rammed the vaccine bullshit through with operation warp speed.

I was flying back to Texas from DC yesterday.

I saw SWA planes flying. Some. But there was a large population of stranded SWA customers trying to get out. I couldn't believe what I was seeing looking at the screen that showed the flight, list of upgrade requests, list of standby requests.

There were 47 standbys when I boarded. I've never seen that in decades of travel.

In modern times, the airline schedules of craptacular management rely on a wing and a prayer that most crew members pick up extra trips for more money above their awarded monthly schedule. When that doesn't happen, and crew members also start using their contractual sick and vacation time, things fall apart quickly. Word on the street is that the Jacksonville ARTCC (center) controllers also decided to use some sick time, and all traffic had to be re-routed around Jax Center's airspace covering the northern Florida area. The official press releases are complete bull. Let's go, Brandon.

Aesop, I need your expertise.
Been getting hit with "what about novavax?" a lot. On paper it looks fine. Supposedly developed like a regular vaccine. I have no reply because I just don't know anything about it. So I end up sort of stumped in the debate. Honestly at this point I don't trust anything anymore. Have you heard anything about it? Or what are you thoughts?

Side note I've found following your trials and tribulations with all of this pretty interesting, from the early cautious optimism to the current "fuck yo, no"

No idea, but I'll do some research...

My gut instinct is that for some years, they'll all be hokum, poison, or worse.

@Justin you're absolutely right. All the pilots have to do is not fly extra flights. and the system collapses.
Of course if I had a bunch of vacation and sick time built up, And I knew that I was going to be losing my job, I surely would be using it all up. Because "Let's Go Brandon"

Traffic coming in to RSW, Ft. Myers, is off the scale today. It was the same yesterday.

And, yes. Even though I'm in the free Republic of Florida, were are that (insert image of my two fingers touching right here) close.

The problem with Coronavirus vaccines is named ADE (Antibody Disease Enhancement)
This is a problem specific to corona viruses (SARS-COV1 and MERS also had it) and to Rika, Dengue and FIPV viruses.

In short: after the first shot of vaccine at the next infection the antibodies will HELP the virus enter the cells and immune system T Cells and make the disease much much more worse.

it is documented and was always known about all coronaviruses.

It does not matter if you make the vaccine by using modern mRNA or Adeno virus vector or traditional attenuated virus. ADE always makes the vaccinated ending worst than the not vaccinated.

The solution for chicken farms was boosters every 6 month for the lifetime of the chicken (short life).

Then, this virus mutates fast and no vaccine can keep up with it.

And IF you vaccinate a LOT of people (not recommended with a non sterilizing vaccine) THEN you are in fact selecting for new virus mutations that are resistant to the vaccine AND potentially more dangerous.

Novavax and Russion and Chinese vaccines might have less adverse effects in the short run (a few months after injection) but in the long run it will still trigger ADE and that is the main problem here.

CDC, FDa and the present occupiers of Mordor-on-the-Potomac have completely destroyed any credibility that the FedGov might once have had. At this point, I automatically assume that anything the goobermint sez is a lie. Why would any rational person believe them? They have lied about so much, so extensively, for so long, that a statement by any goobermint 'official' is classified as a lie, intended to mislead somebody.

on another note, I would not willingly fly with a flight crew that had taken the clot shot, after reading Dr. Long's affadavit. I wonder how long it will be before we start seeing flight crew deaths while they are flying......

Goobermint is handing out money to your competitors and offers it to you, you take it.
Or your competitors will have the advantage.
But that was the first time SWA ever got "bailout" money from the fed.
Unlike the other major airlines.
Up until now they were quite a company.
Great one to work for.
Lot changed very very fast.

A small number of people do become ex Communist if they weren't all in at the time. the Late Mike Vanderbough was one such man , went from pinko to patriot.

Anonymous Historian said...
on another note, I would not willingly fly with a flight crew that had taken the clot shot, after reading Dr. Long's affadavit. I wonder how long it will be before we start seeing flight crew deaths while they are flying......

Yep, I wonder too. Delta pilot if truthful. Time will tell.

Yep, the video said he was a Delta pilot out of LAX. Time will tell, pretty hard to cover up a dead pilot at the controls and an emergency landing.

if we have serious adverse reactions to the 'notvax' from flight crews while in flight; in a rational world that would be reason enough. But We are in ClownWorld now; so - watch out for falling aircraft... which will of necessity be blamed on the PureBloods; who will then be described as "magnetic" and somehow able to destroy flight controls from the ground. Seems ridiculous - but TPTB already know that the vaxxed sheep will believe ANYTHING.
OriginalGrandpa

"And the Blogging Academy Award for Best Fight Club Reference in 2021 goes to . . . Aesop."

The FAA prohibits flying for 48 hours after receiving the vax.
https://www.faa.gov/coronavirus/guidance_resources/vaccine_faq/

"The Federal Air Surgeon determined that FAA medical certificate holders may not act as pilot in command, or in any other capacity as a required flightcrew member, for 48 hours after each dose of the Pfizer-BioNTech, Moderna, and Johnson & Johnson vaccines. The Federal Air Surgeon made this determination after evaluation of available medical information about these COVID-19 vaccines and potential side effects. As a result of this determination and consistent with 14 CFR § 61.53(a), each person subject to part 67 who receives the vaccine must wait 48 hours after each dose before acting as pilot in command or as a required flightcrew member."

Oh look, AAL and SWA are going to ignore Gov. Abbott's EO. Cue the clown world music. Not that his EO had any teeth anyway.

Oh, look at that, the CEO caved: https://amgreatness.com/2021/10/12/southwest-airlines-ceo-says-no-employees-will-be-fired-over-vaccine-mandate/