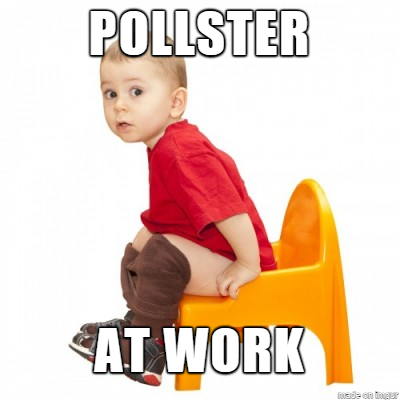 Both Wilder and Silicon Graybeard have looked at the below-referenced poll, and when two people on my daily read list go somewhere, I figure it ought to be work a look.

Which poll purports to show that Trump voters and Biden voters are (fill in the blank):

b) both composed of a remarkable number of Big Government lovers

c) totally ginned up creations from out of the alleged pollsters' underpants.

So let's have a closer look ourselves, SiG having led the way in posts at Wilder's blog, and then in more depth at his own site.

Having been trained and experienced in polling methodology ourself, firstly in regards to political science, and then again in terms of medical research, we begin by looking at the polling methodology followed, to see if this poll is valid and trustworthy, both, either, or neither.

Properly and scrupulously followed, with valid methodology and questions, polling can indeed be rather accurate. Sadly, such precision and circumspect honesty is rarely followed nor practiced, and largely not at all for some decades by anyone of importance where politics are concerned.

From the linked site courtesy of SiG, the exact method of conducting this, um, "poll": 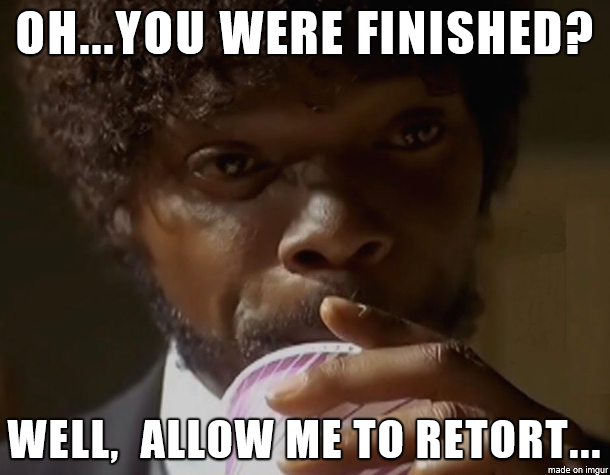 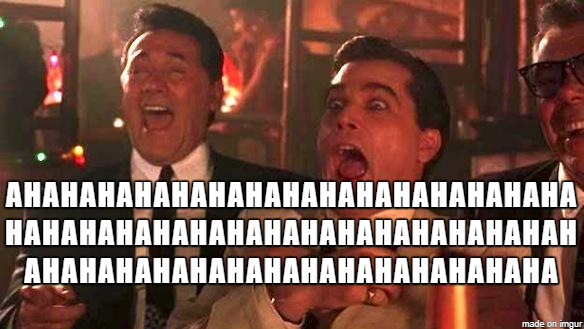 But those were actual "Trump voters"? Because, online, without any means of verification of their existence, let alone their political affiliation, they said so?!?

In the words of Emperor Poopy Pants the Ist, "C'mon, man!"

I'd stop there, but since I'm already suited up, cleats sharpened, and mid-air in the act of piling on, we continue.

"responses to more than 300 questions"

At the risk of quoting myself here,

I wouldn't spend the time to answer three political questions online, let alone three hundred. The idea that they found anyone who would, let alone 2000+ such people in a two-week span, even with a talent pool of the entire US online, is flatly recockulous.

You're only going to get the sort of people I see in the ER, usually there for either substance overdose, or for a psychiatric evaluation, which Venn diagrams constitute a remarkable degree of overlap.

Or else a bunch of underage 4chan droids either deliberately gaming the system for their own amusement, interns from UVA jerking the results around to pass a class, or both. Chances that even 10% of them are old enough to vote in any election, let alone did so: 0%.

Believing that they got 2000+ actual persons, including nearly half actual Trump voters, and all willing to sit still for a 300-question Bataan Death March questionnaire, requires Solomon Oddonkoh levels of gullibility.

So what does that make any such alleged "poll"? 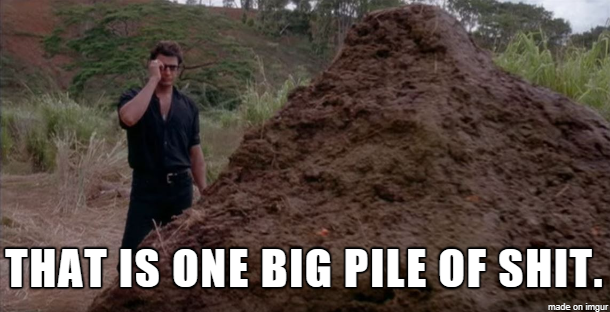 Beyond any further rational argument.

Figuring that out took me maybe 10 seconds, after reading that one excerpt.

You want to grab 1000 random people each, at a NASCAR race, a Packers game, standing in line at Disneyland/World, at a Teamsters meeting, and at a Black Lives Matter protest, poll them maybe 5-10 questions max, and than analyze that research data, and we can talk. Yes, it'll be biased for each group, but out in the open, in a way that cancels out, which is the entire point of looking at Trump voters v. Biden voters, and with real people, not the invention of someone's fevered polling dweeb imagination (overlooking the obvious: that any 10% of purported Biden voters exist only as a concoction of someone with a stack of mail-in ballots and a Sharpie, and not anywhere in real life; rather exactly like this "poll"). But that would take actual legwork, investment, and physical risk, and we can't be risking that for snowflakes too afraid to even go to local malls. In which case, tell that Soros-funded center, and their hired polling flunkees, to take a flying fuck at a rolling donut anytime they peddle such bilge-spew as "data".

John, SiG, and anyone else similarly taken in by the referenced "poll", I know you guys have probably heard of the Gell-Mann Amnesia Effect,

but may I gently and respectfully suggest that before you invest any further time with polls from academia, the media, or both {Bonus Question: What is 0 times 0?, which is the reliability of both groups multiplied.}, you refresh yourselves on the concept, rather than spend any further time dealing with the machinations of admitted liars and horse thieves, unless it's to figuratively string them up, in print.

The mendacious bitchez who ginned that amount of pure diaper-spackle "polling" from their own underpants know it's exactly that, and nothing else. Stop giving them the time of day, let alone the time available to yourselves, and your readers. Their effluvia demonstrates vividly that the plural of "excrement" is not "data".

Other than for the negligible worth of practice at forensic examination, I absolutely despise waste.

Innovatemr? Sounds like the latest maybe-treatment for the Coof. Is it also hallucinogenic? (We worked with Psilocybin to come up with these numbers. The results will shock you!)

"The plural of excrement is not data."
You, sir, have won the internets for today.

That Gell-Mann amnesia thing is 100% real. Example: one of the cable networks used to have (maybe still does have) a show called "How It's Made," which -- true to its prosaic title -- shows how various goods are made, mostly on an industrial scale. Used to enjoy watching it now and then, seeing ball bearings and springs and suchlike coming into existence. Came the day when I watched one showing how binoculars were made. I'm retired from optical engineering, so this was something that I know a fair amount about. The video was okay (if someone is really making binoculars, video shot in their facility pretty much has to be correct, as far as it goes). But Mr. Narrator ... pure, 100% nonsense. He got practically all of it wrong, and most of that not only wrong, but backward. Which meant that whatever I'd been told about making ball bearings or stand mixers or whatever was no better. Damn.

As someone who shovels horseshit daily, it stuns me how many people can wallow in it and not recognize the odor.

Thank you Aesop, for the brief foray into epistemology. I'm a big fan of both Wilder and SIG, but I knew there was a reason I didn't read those columns.
Personally, I subscribe to the Robert Anton Wilson school of Radical Agnostics. It is indeed hard to "connect the dots" when your big picture is obscured by so much excrement.

Centers for and Think tanks have to be funded because nobody works for free.

The money is mostly from the usual places. I would have stopped reading right there except (comment hidden) blog so looked at the link on Sig's site.

When I saw "University of Virginia Center for Politics poll tics", I stopped right there. Besides It's from a university and we all know their value these days.

You put into words what I was thinking.
This "poll" doesn't pass the sniff test, let alone any actual analysis...

It's all they have to work with, and politicians demand they give them something to shape their ever-changing political opinions. Integrity be damned, and if it takes catering to slow-witted midget transvestites to get a vote, that's what they do, while paying people to steal votes.

Full honesty - I didn't go to the study. In this case, I just ate the headlines. Mea culpa: it fit, so I didn't go down the rabbit trail much further. Yup, /pol/ would have eaten that alive. If they can turn an AI racist inside of 12 hours, they can certainly rig a poll.

That being said, those are fairly important questions, and I am concerned (still) about an American Caesar. When rule of law falters, rule of men follows.

We've seen how that turns out.

Understood. The knock was on the poll-shillers, not you nor SiG.
They were flogging bullsh*t as beefsteak.

And SiG was right that it deserved a deeper dive.
Which was why I did what I did.
I was frankly shocked that their b.s. was so obvious, and so quickly detected. I thought it might take all of two minutes, instead of just 5 seconds.

American would-be Caesars would do well to remember that March 15 can come on any day of the year. And will.

In the era of cell phones, it is almost impossible to get a valid sample for any poll, even if you pull out all the stops,,,and frankly, people who actually respond to telephone polls (I just hang up) are probably not typical either...So why not just make up the results?