"You would think this a Eureka moment: to contain oil prices is to contain Russia (and Islamism)."


Fernandez notes correctly that low oil prices cripple Russia (and the petro-Islamic states).
While helping our own economy to boom (or at least, not crater - yet).
He also glosses over the point that Green Weenie eco-tardism is mainly a Russian- and petro-monarchic-funded scheme to hamstring America and the West. And should have been on that like a terrier on a rat.
So drill, baby.

But he overlooks completely that cheaper energy has also fuelled the precise boom in China that now makes them an emerging threat to the West. 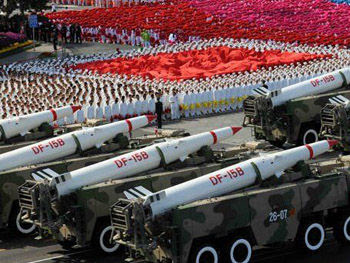 This is what happens to analysts, even on our side, who look at maps, rather than a globe. There are no free moves on the chessboard. Everything has a cost as well as a benefit.


"Pax Dickinson wants to fund the revolution. Not a blood-in-the-streets revolution, but one where hardcore right-wingers can economically secede from the parts of society they vehemently dislike. "We need parallel everything. I do not want to ever have to spend a single dollar at a non-movement business."

In conversations with Inc., Dickinson explained that he sees CounterFund as the linchpin of a parallel far-right economy. The alt-right movement shouldn't fund or depend on platforms that are hostile to their goals, he believes. CounterFund's website sports endorsements from Richard Spencer, the suit-wearing white supremacist who went viral after being punched in the face, and comedian Sam Hyde, whose divisive show Million Dollar Extreme was kicked off the air by Adult Swim.

The Resistance is probably embarked on the same process of internal secession themselves.  How long can this mutual escalation of mistrust continue without effect?"

As to such ideologically buying and selling, good luck with that nonsense. People (who are non-idiots) don't buy from Wal-Mart or Amazon because they like the politics, they do it because the things they need to buy are the cheapest there, which trumps the next ten reasons people buy anything.

Thus, as usual, the correct answer is pure capitalism, not politically-motivated trade cartels.

Make a product or provide a service based on the loyalty of your own ideological group, and some of them will buy from you.
Make the best product or provide the best service at the best price, and everyone goes there, including people whose politics you hate (but which are none of your damned business, literally).
You can figure out which is a better business model.
Wal-Mart and Amazon are already on that case.

This is Econ 101 stuff, and if Fernandez can't figure that out without a cluebat, he shouldn't be writing beyond his depth.

Or at least, Thomas Sowell should be editing his essays with red pencil.
Posted by Aesop at 6:13 PM