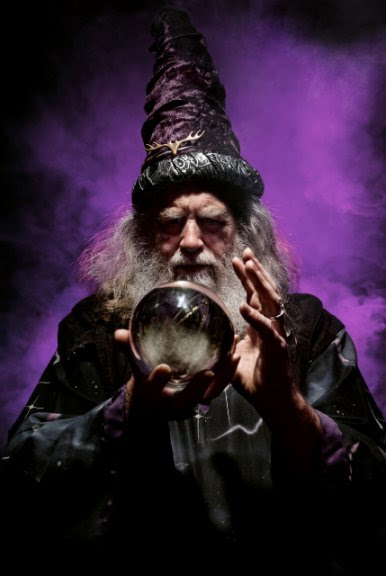 There aren't many actual conservatives (vs. RINOs) left at former nominally conservative website TownHall.com, (which along with horrendous amounts of ad-spam is why I rarely bother with the place) but Kurt Schlicter is one of them.

And this week's essay is out of the park:

If you want real political chaos and real political violence, then just keep going down this path. You can’t light the fuse and not get the explosion. I saw what happens when you toss away the rule of law – don’t do it.
The hatred out there is real and growing. This is not a good thing – it’s a terrible thing. People are buying my novels about the country splitting apart and the horrifying specter of actual civil warfare (Hint: it’s ugly) because that’s where the establishment’s desperate schemes to hold onto power despite the will of the people, as manifested at the ballot box, all lead.

Aligned with the referenced piece at TownHall, I would say in the past five years the following post from Western Rifle Shooters is one of the top five most important things I've read. I'd be interested in hearing Raconteur's take.

Matt's a bright guy, and knows what he writes about.
I've lived through two major urban riots, both in L.A.
Nota bene the second one occurred only in L.A. proper, because the mayor egged it on, and the police chief pulled his guys back and let it happen.
The riots spread nowhere beyond city limits, because neighboring PDs jumped on it with both feet.
The riot ended in LA., once the Marines showed up, (with bullets, unlike the largely worthless Ca NG) returned fire when fired upon, and that was it: everyone went home, and the Free TV and Nike Tennis Shoe Event was officially over.

Rioters don't like getting shot.
Law abiding citizens get this, which is why they shoot rioters and looters every chance they're given.
Dallas, Salt Lake City, or Nashville will do fine.
Chicongo, NYFC, Frisco, and Bahston, not so much.

We note that in the original Watts Chimpout in 1965 the places that didn't get burned down had men on the roof with rifles. _revjen45

No, that was the second one.
And when the rooftop Koreans were duly disarmed by the LAPD that time, because LAPD were (are) douchebags - by orders of HQ, the Koreans went downstairs after the police left, got their second rifles, and returned to the rooftops.

In the original, the rioters were confined by PD presence and National Guard units (with bullets and bayonets, that time) to Watts, where the rioters proceeded to loot and burn out their own neighborhoods, and create the conditions that lead to the second riots 30 years later.

I respectfully disagree, if the premise you are making is that liberty loving American people will take courage and defend themselves.

As a brief note, Peruta v. California was denied cert. today, so as far as the minority of CA residents who think that bearing arms is a fundamental civil right, well, the entity that is bound by the "chains of the Constitution" just told you to F off, we don't care about your worthless paper. You cannot carry openly, and you cannot carry concealed, so you cannot legally carry.

Back to regular programming: In large part, Government employees (either civil auhtority or military) will not stand up and defend liberty in opposition to their marching orders. They will do whatever keeps their paychecks coming. (You may remember Kevin, more than once, writing something similar.)

Think about it, will the cops or mil. called in to handle a riot get in more trouble by shooting at rioters, or by shooting at "racist right-wing vigilantes armed with illegal high-powered assault rifles and pistols"? That IS how the media will narrate the event.

Remember that even so-called conservatives have, for generations, sent their children to government schools whereby they are indoctrinated: "there is no God, there is no objective principle of right and wrong, there is no such thing as objective sexual identity as defined by anatomy, that all cultures have morally equal value, etc. These are the people who now populate the culture. (Is it not funny that "conservatives" who want .gov out of things insist on having a carve-out in that principle for educating their children.)

Even though the Electoral College is the sole method for electing a president (as far as the Constitution goes, there is no "popular vote"), the popular vote was instructive.
There really are more of them, and in places like CA, that concentration has provided you with the government that they deserve. Your restrictive laws, like those in NJ and other similar, could not happen unless the majority of the citizenry either actively or passively embraced and supported the outcome. (Failing to remove those who infringe and usurp is the functional equivalent to actively supporting.)

CA is, for the foreseeable future, lost for generations. It is not coming back in my lifetime, and probably not in yours.

I'll lay you odds you're wrong about that, but either way, this isn't going to go the way the statists imagine.

CA as it stands right now is lost. But there's one thing to take into consideration that a lot of folks keep forgetting. WHEN the San Andreas pops, it's going to take a lot of people with it - unfortunately some unblue folks, but most blue. If it does so in the SF Bay Area, it may set off the Hayward, making Katrina look like a cakewalk in terms of sheer destruction afterwards. My hope is that Aesop is on deep granite. We've moved much further inland where CA goes from blue to some seriously deep red (and the effects of the San Andreas are very limited), and if the coasts go, CA becomes a red state instantaneously.

Even if the quakes are limited to Loma Prieta/Northridge types of quakes (and yes, those would be considered limited small quakes coparatively), the outward migration to other states of coastal non-natives would already be enormous - most people in CA have not experienced anything like Loma Prieta or Northridge because those were back in '89 and '94. In other words, the faint-hearted younger people will not stay at that point - high rents, quakes, traffic, crowding - they'll leave, and leave quickly, especially in the Bay Area where 46% of Millenials already want out. (http://www.businessinsider.com/millennials-are-fed-up-with-san-francisco-housing-2017-3)

That's not a pleasant thought, but it's realistic - it's a when, not if sort of thing.

1) The Left always overplays their hand.

2) A quake hereabouts, big or small, only has short-term effects. That's speaking from having gone through San Fernando and Northridge in close proximity. Even if the fault running from downtown L.A. to the Pacific lets go, and it kills 50,000 people, in a year you won't notice. Mainly, traffic will be tolerable - for about 6 months, once they rebuild the freeway overpasses.
But anything that sends people's toothless, banjo-playing kinfolk out of this state and back where they came from is a net plus.

ROFL!! Yes true.. something smaller like Northridge or Loma Prieta (which I was in close proximity to) probably wouldn't have any long-term effects. But a MAJOR quake might do something. Maybe. Please.

My husband was born here in this state back in the 60's.. he plays the banjo.. but I know what you mean ;) LOL! The Bay Area (at the least the South Bay, mainly orchard and farmland) before the influx was a sight, Aesop, it was incredibly beautiful. Now it's a hellhole and I'm happy we left. I got sick of the influx back sometime in the 90's.. I do so wish these people WOULD go back home and we could have our Bay home back, but that will probably not happen in our lifetimes.

I do believe you're right about the left overplaying their hands.