To Those Who See Antifa As The German Blitzkrieg of 1940 Aesociated Press (Surf City) March 25:
Punks pwned and pounded by the people
﻿
So maybe Antifa is exactly the untutored baboons I've been telling you for some weeks, not an irresistable tsunami of 10-foot tall giants come to rape your womenfolk and eat your babies led by Lord Humongous and the Wasteland Hussars with chess masters planning and billionaires funding their overwhelming march to conquest.
And once they venture into Real America from their bare few actual SJW safe spaces, mere average citizens and any moderately competent policing agency will shut them down in about a minute. Like they did.

Based Stickman? Ha! Meet the Stickman Brigade.
(Rules of a Stick Fight:
1. Bring A Stick.
2. Bring As Many Of Your Friends With Sticks As You Can.)

Dear Antifa pussies: Huntington Beach isn't Berkeley, solid citizens outnumber SJW douchecanoes, and the cops there are still pissed off about your pre-election shenanigans from last year. Also note, the police thereabouts only feed their K-9s after they bite you, and specifically as a reward for doing so. True story.

Note to reflexively anti-California idjits in the other Forty Nine:
Huntington Beach is as much CA as Berkeley is.
Recalibrate your pieholes before you write off the entire state.

This almost makes up for the rally organizing clowns getting the Costa Mesa Gun Show at the OC Fairgrounds cancelled this weekend because of scheduling this rally at the same time. Not quite, but it comes damned close.

This embigens. Note the Antifa punk using pepper spray (it's in his right hand) on the marchers, which is what triggered his beatdown. 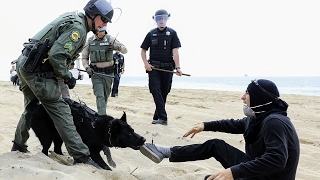 Pic of the Year Pulitzer Nominee: 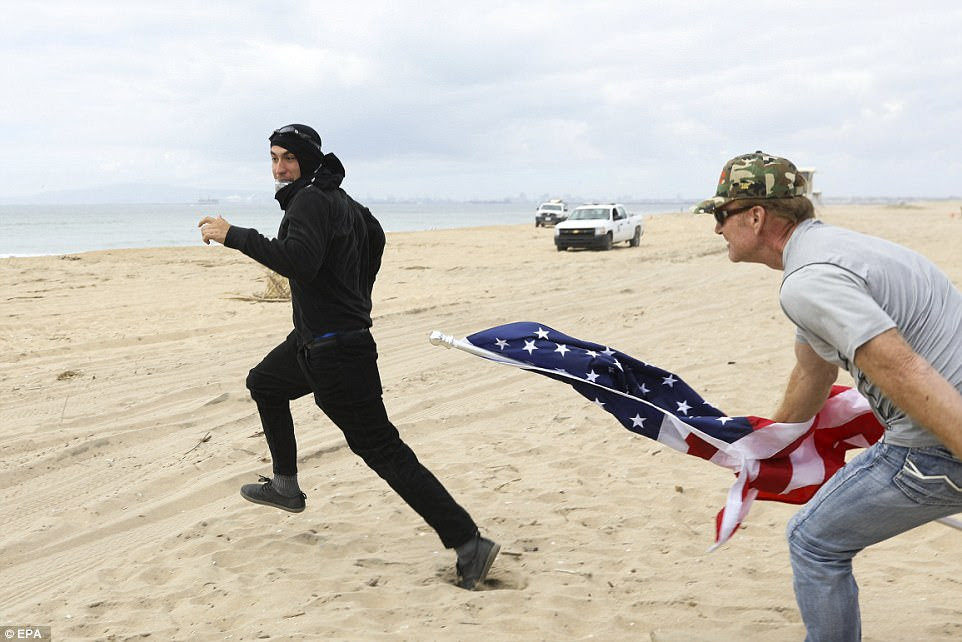 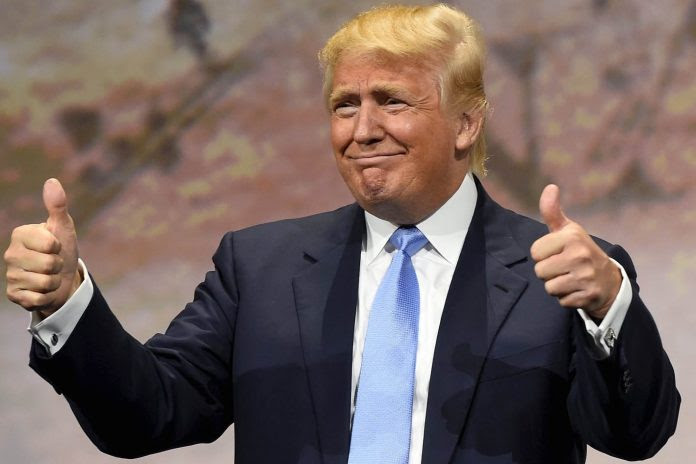 "This is winning! Bigly!"


And boys and girls, don't forget to point at the Tard Army, ridicule their ridiculousness, and laugh uproariously at their predicaments.
It's good for your soul. And your digestion.


Update: Of course, there are always the ones pushing the envelope on peaceful assembly, until they get what's coming to them. In case you've always wondered what happened to the kids in kindergarten who ate the craft paste.
The minute those involved perform even one criminal act, they graduate instantly from political speech, to insurrection, and they're going to get mowed down with extreme prejudice. That won't be just a laugh, it'll be hilarious.
They've lost at peaceful change.
They're losing at violent protest.
And now, disregarding experience in favor of their eternal optimism, they want to escalate to test-driving armed violent protest.
Okay, snowflakes. Good luck with that strategy.
Update your life insurance, and pick out your headstones.
Gravity. Cliff. Rocks at the bottom. Some assembly required. 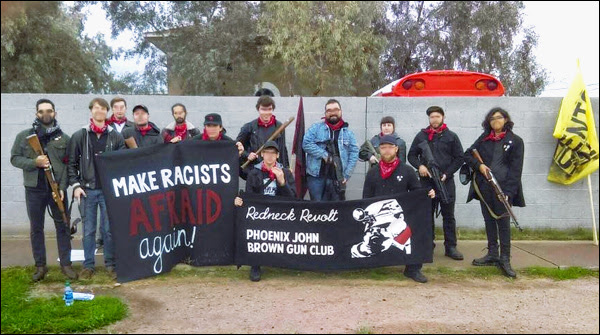 Yes, these are indeed the very same tards from the upper pic, a coupla months later.

And their buddies from Airsoft Summer Camp.

Thanks for playing, and here's your parting gift.

Oh, and hey, your Revolutionary Brothers and Sisters say "Hi!" Do you ever do meatspace? I'm in LA area for business and wondering if your near here to meet up...

Sure.
Send an email addy, and we can see if schedules work out.
Once I get it, I'll zap it off the board, so it isn't up forever.

I knew there's a good reason why I carry a big walking stick.
_revjen45

Looking at the shape they're in, I'd say one city block of running before they meet people who've actually trained and kept themselves in shape and then yes, the tombstone picture will be VERY appropriate.