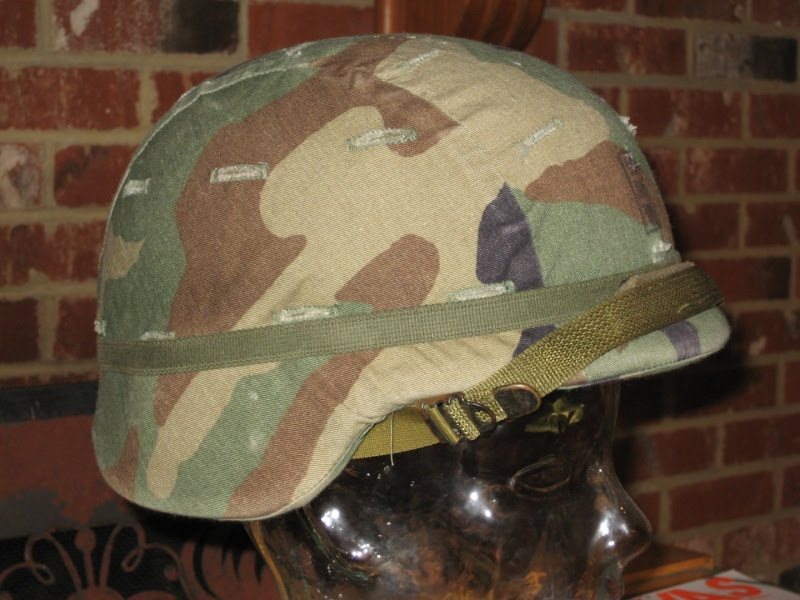 In reference to this thread over at WRSA, and with respect to the apparent butthurt I caused in response, the following.

The original question was


“Does a properly-accoutred 21st-century Freikorps volunteer wear a K-pot? Asking for a friend…”

First, I was responding solely to the post on WRSA, which included the rationale illustration, and not DTG's extended answer. Hence the fact that the only point I was opining on was in respect to the exact one thing I stated. My comments were directed to those who would throw out baby and bathwater together based on faulty and/or no rationale (which we'll re-visit in due course), not as a brickbat against DTG's linked post, which other than the WRSA-posted excerpt, I hadn't read until after the fact. So FWIW DTG, nothing I said was a slam on your rationales other than that one bare item, so if the ire in response is because you thought otherwise, I'm sorry for having created that misimpression.

Second, comments there were closed before I could reply to the challenge offered, else I'd have gladly done so there and then.


"Should people equip themselves with a K-pot? Why or why not?"

which is a completely different tack from the original query.
I'll tackle them both, and in detail, and we'll see where that gets us.

1) I took the original Freikorps question to refer to those engaged in our current and any future form of street theatre, as that's precisely what the original Freikorps was: a precursor to the SA Brownshirts, when multiple political parties were "campaigning" in the streets of Germany during the Weimar Republic era from 1919-1933, usually with pipes and bottles in use all around.

So with respect to whether anyone venturing forth to mix it up with the Leftist tards ought wear a helmet, my suggestion is that we look at the tapes from recent festivities: 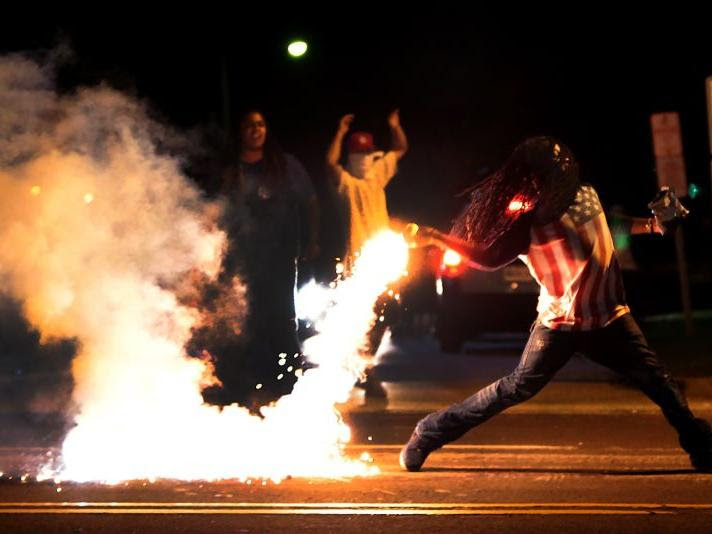 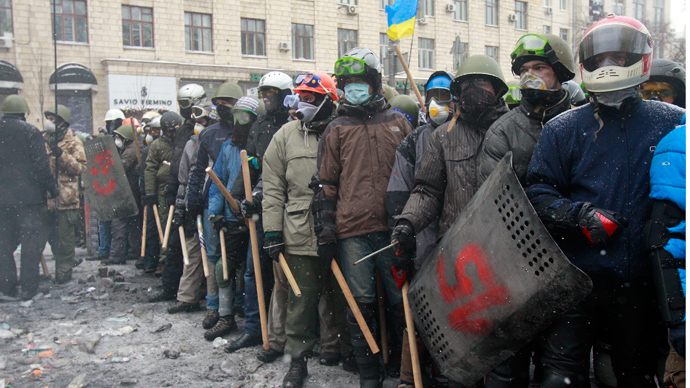 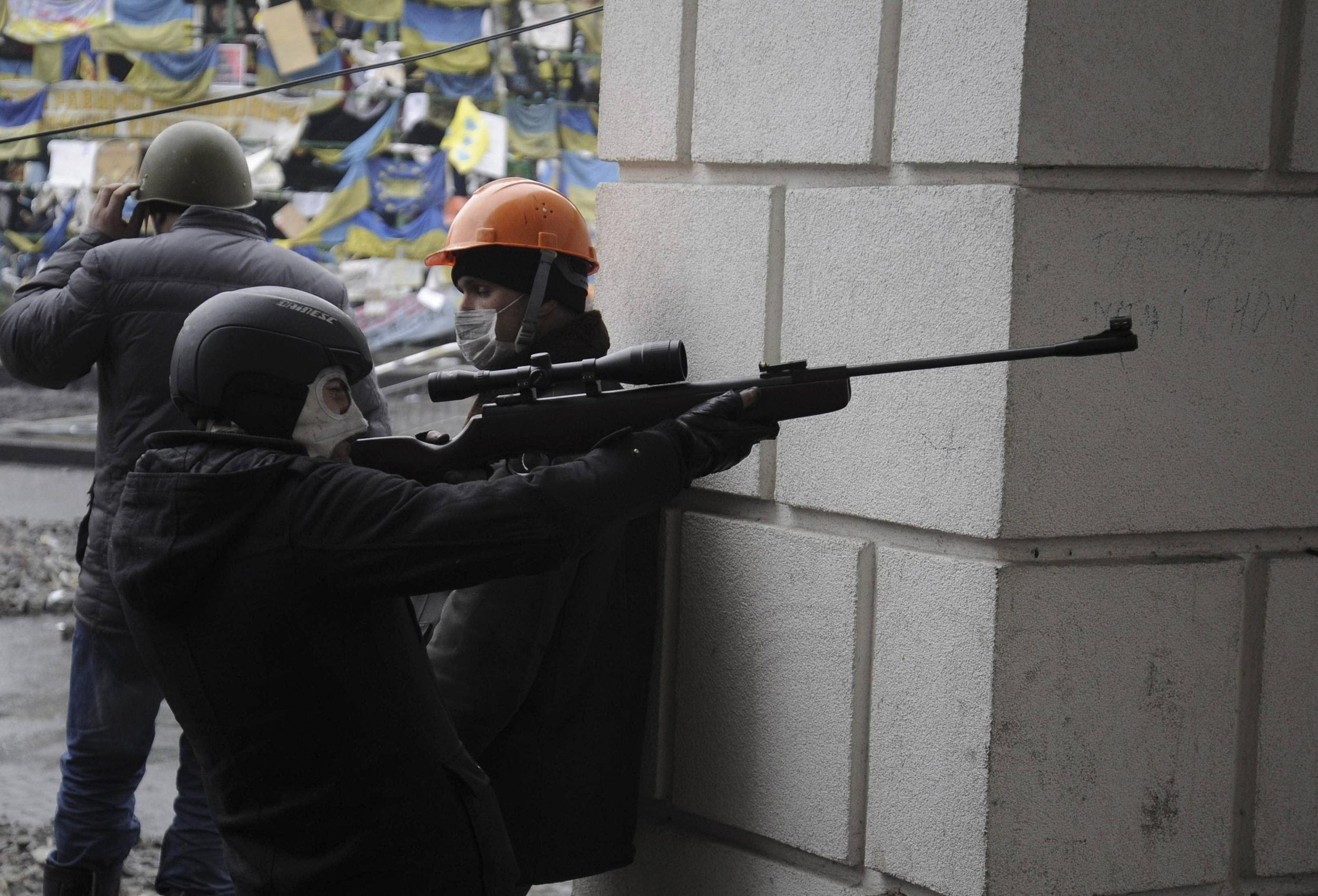 So, let's take a vote.﻿ Everyone who seriously thinks facing Molotov cocktails, frozen soda cans and water bottles, slingshot projectiles, thrown rocks, metal pipes, high-velocity pellets, machetes, and wooden batons with nothing but a soft cap or boonie hat is a good idea, please stand on your head.
QED.
Freikorps, as such, either wears a helmet, or budgets a large fund for the care of neurologically crippled vegetables formerly known as Freikorps soldiers when their heads get upgefuchten.
(Like "FUBAR" was in Saving Private Ryan, that's a German word.)
2) Now, in answer to DTG's query, about "people", my first response is a counter-query.
Which "people" ? And doing what?
A) People sitting inside their own home-castle?
B) Those same people undertaking combat patrols in their neighborhood/AO after TSHTF?
C) People part of a larger, semi-organized neighborhood defense group, in either role?
In short, the answers are A-Yes, B-No, and C-It depends.
People who are minimally trained or completely untrained, won't be doing anything but defense, in most cases. And the only part of them liable to be exposed will be their heads and shoulders, in firing weapons over or through defensive works. So a brain bucket would quite obviously be a life support device devoutly to be wished.
Those same folks out and about would probably (hopefully) be depending on a large quantity of stealth in their movements, so helmets at that point would be counter-productive.
Which is why for people with a bit more training, (as assumed a priori would be the case in the DTG site's post) after TSHTF, the same answers generally apply.
In a defensive position, you wear a helmet, because the benefits outweigh the drawbacks.
When on recon/combat patrol, you switch to soft, silhouette-breaking headgear, which gives more vision and better hearing, for less fatigue, noise, and weight -- exactly as laid out in the DTG answer.
Cleverly, the US military has that exact doctrine, going back only to every manual on scouting and patrolling back to WW2 circa 1944, if not earlier. As Casey Stengel used to tell folks, "You could look it up." I know it probably isn't news to anyone with military service in the combat arms.
But they don't tell soldiers not to have helmets, given their obvious utility, back to time before writing in nearly every army ever observed and worthy of the name.
They simply tell them not to wear them everywhere, and at all times.
Almost like there had been some thought on this line of questioning, and some level of intelligence was assumed to reside with individual troops and even the most junior leaders.
So the final answer is that "Hell YES!" you should have something to protect your head, and quite frequently, though not perpetually, it should actually be on your head.
Lastly, a note on the following illustration, cited by DTG, and the sum of the WRSA post:

We should note, there's a companion illustration for those with the chinstrap unfastened:

The teaching point for those two techniques has Jack and Squat to do with helmets (or not), or chinstrap fastened (or unfastened).
It is, rather, that if you're such a soup sandwich fuckhead as to let someone cleverly tiptoe right behind you whilst on interior guard duty, that they can lay hands on your helmet, you have been selected via Darwinian processes for removal from the gene pool, because, as HK says, we hate you, and you suck.
And you're doing it wrong. Jackass.
Can that technique work on soldiers?
Yes, on the ones for whom the value of the word soldier is "Dumbfuck."
But if you're a dumbfuck, a helmet or not isn't your biggest problem.
And if someone can get that close, they can just as easily whap the living fuck out of you with a ball peen hammer, helmet or not, or quite simply put a silenced pistol round right behind your ear, or a dagger into your jugular, with even less art and craft, but the exact same result for Pvt. Dumbfuck: a posthumous Purple Heart.
File this under "Duh."
And strike it from the rationales, pro or con, for wearing helmets, ever.
Does that mean that the Kevlar PASGT "K-pot" is therefore the pinnacle of the helmet designer's art forever and all time?
Uh, no.
For a myriad of other purposes, there may be one or a baker's dozen other choices, more or less suitable than the PASGT helmet of the 1980s.
But exactly as the first rule of gunfighting is "Bring a gun", the first rule of head protection is "Have a helmet". A cheap motorcycle helmet on your head when a bottle or bullet comes flying in may do worlds more good than the 21st century wunderbucket sitting in your locker a grid square away.
The ultimate takeaway is that anything that's harder than your skin and skull, and ideally harder than whatever's inbound for same, is a damned good idea, whenever practical.
Just ask Abraham Lincoln, JFK, or any of the hundreds of thousands of soldiers in innumerable wars who died because their heads were split open and their lives leaked out.
Anyone who feels themselves smarter than the Persians, Egyptians, Trojans, Greeks, Romans, Vikings, Samurai, and damned near every army right up until now, feel free to bring their bulletproof head to comments.
Posted by Aesop at 3:08 AM

Gobstoppers are pretty good slingshot ammo. Get a flier once in a while but for the most part, minute of soup can at 15-20 yds. Less than a dollar a box of 80 at your local foriegn made products distribution center.

Makes sense to me. I am down with anything that keeps the non leaky nature of my body intact.

Thank you for your answer to the original question.

Does anyone have any recomendations? There is a lot of crap product online, though I guess even airsoft junk would protect against most pellets/bb guns, slings, and most thrown projectiles.

Mission and money:
What are you trying to do, and how much do you have to spend?
get the best you can afford, since it's your own head we're talking about here.
The PASGT, MICH, and later versions are a pistol bulletproof skull protector (providing the projectile hits the helmet, and not your face).
And you actually have it on at the time.

Whatever you get, you will get what you pay for.

You can a cheap motorcycle rated helmet for like $50 almost anywhere and it has a visor. I've seen them for $30

Its not optimum and probably not going to work in outright combat but is there is a riot or something, its good enough and its not too confrontational .

Push to shove a $15 Yugoslav surplus army pot helmet is better than nothing.

The matter simply depends on what mission one is kitting up for.

Does one wear a K-Pot while out on a little Recce? Probably not.

Does one wear a K-Pot during MOUT operations? It would be wise.

Now, I propose a truly important question: How many Angels...

It's the internetz.
Silly discussions are baked into the cake.