ALCON: This Site Is Being Officially Squelched By Goolag 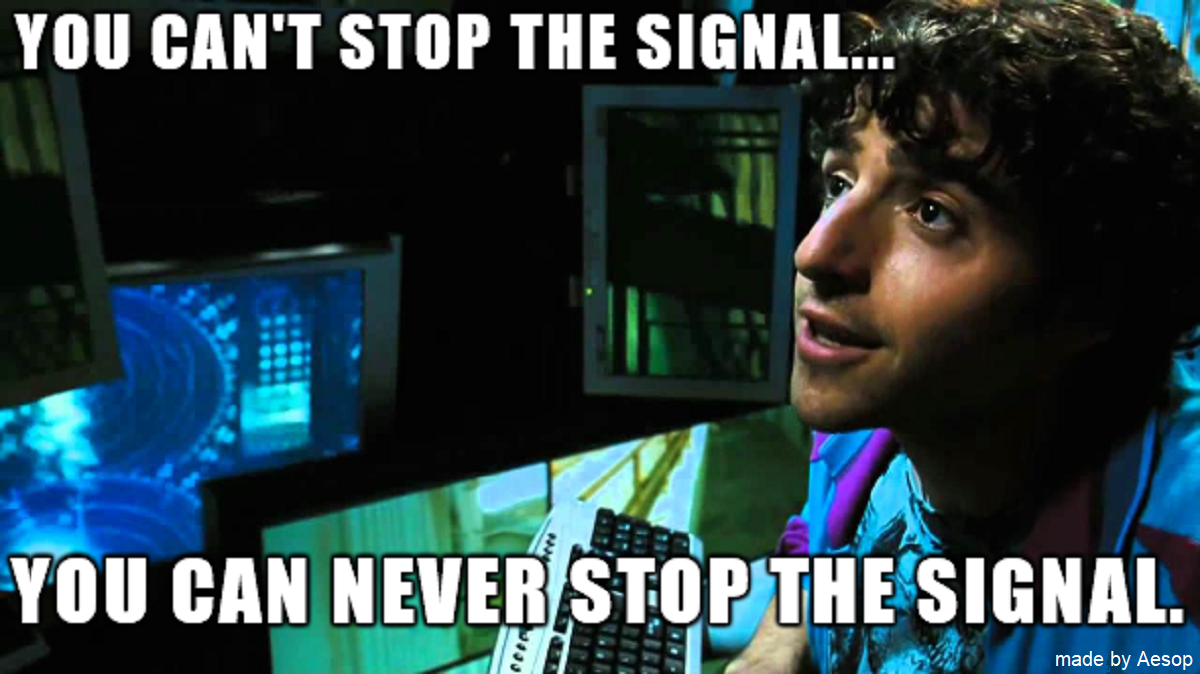 Goolag/Blogger have apparently throttled all traffic to this site, shortly after the previous post was published, with recorded site hits dwindling to a number lower than the number of commenters, which is impossible.

We have just watched the number of visitors going backwards with each refresh, so in fact, they're actually erasing visits and views in real time. 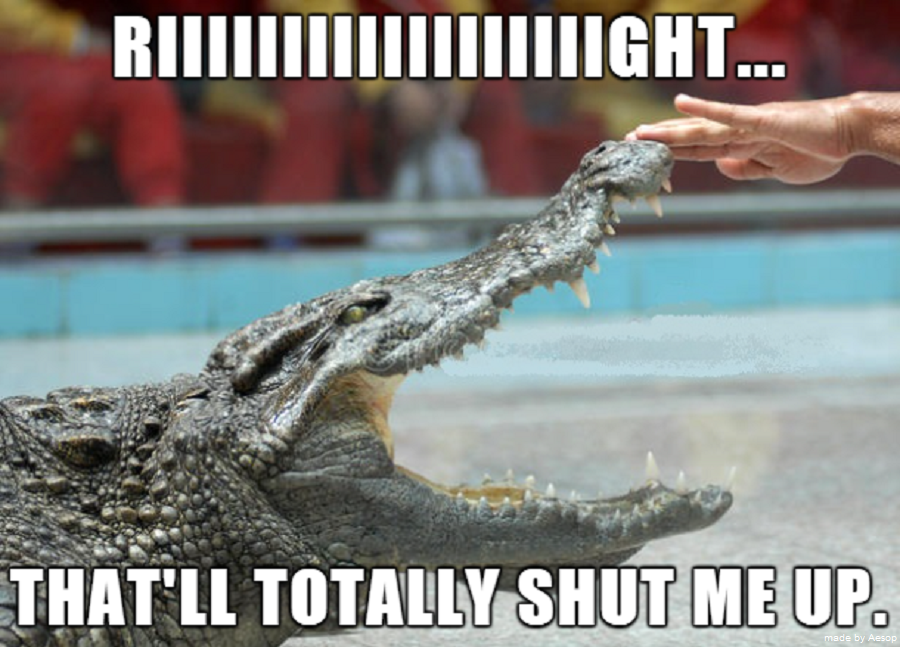 Kind of like a Biden 4AM election dump, but in reverse.

We also searched our own memes, and they no longer come up in Google images at all, despite a library of something over 4000 personal creations.

Mainly, after extending both middle fingers at Leftardia in general for as long as we have, we're surprised it took them this long to notice us. 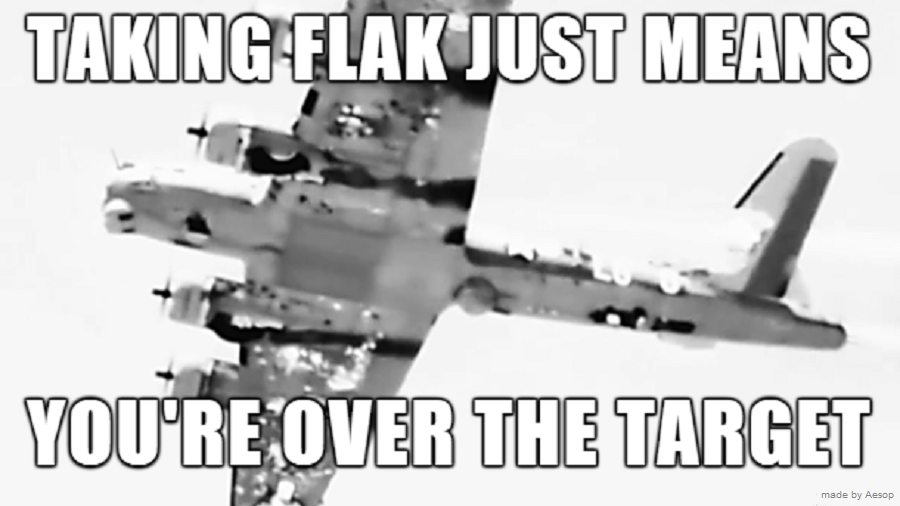 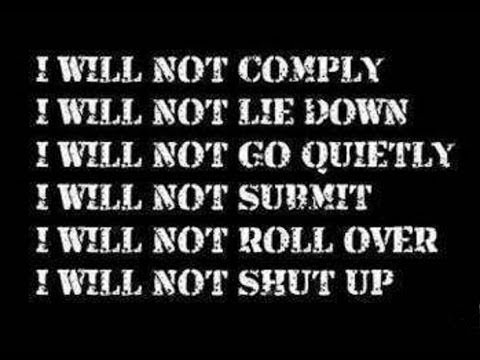 Labels: censorship is never having to say anything, enemy action, Goolag, you can't stop the signal

Welcome to the club pal.

I ditched them long, long ago and I had nowhere near the same amount of content.

I just didn't want their grubby fingers in my stuff.

(FWIW, the account I'm using is attached to one of my app servers. its' used to work with google APIs. Its' all it does.)

The blog is regularly archived.

But after I posted it, the number of views goes up 2 or three, then drops back down to remain at 0 for the post, and 0 for the blog, despite 2 comments.

As I said, I'm kind of shocked they took this long to notice and start deliberately fucking with me, but that's exactly what they're doing.

Evidently I finally drilled down to the nerve.

You, and others like you, are a threat to the 2022 pre-stolen "election" and the 2024 confirmation of Imperial direct rule over the former United States by the apparathcniks of the Globalists.
Tge hardest crimes to solve are those that the .gov dosen't want solved, eg: Maxwells' conviction for trafficking girls to have sex with no one at all, nothing to see here, move along, or the murders in the black areas of major cities, where if the police didn't assign murders to dead gang members, they would have a zero clearance rate.
The second hardest class of crimes to solve are those which have no direct connection between the "criminal" and the object of the crime.
It is amazing how little sand in the gears is needed to make things stop.
John in Indy

Keep up the fight Aesop.

Personally, I'm checking in once a day or more, and I'm hardly the only one. If Google thinks they're actually silencing you by pulling this, they've taken one too many bong hits.

You need a sharper stick. If you have become enough of an irritation that they finally decided to do something, then now is the time to use a sharper stick and really make yourself hated by them.

I've wrote similar to this before, maybe not here, but several other places. There's a whole bunch of blog owners that have been deplatformed or other wise effed with by Blogger and Wordpress in the last several years. Why don't you guys get together and develop your own platform that is uneffable and independent of Big Tech? Techie Dude above has apparently done that as have several others during the Obama era deplatforming that was going on last decade. You could probably even recoup development cost using the same model that Goog and WP use charging for service or sell the tech, under license to the user, for a one time fee. If the user wants updates, if any are further developed, charge a nominal amount for that or license under a yearly subscription fee, same as big tech.

I'm no techie, I'm barely tech literate enough to access sites through my browser and comment at various venues, but I don't think it can be that difficult.

Did you ever notice big bro is a dick? Just curious, cause I noticed.

@Aesop
Your censorship is a sign that a phase transition is imminent.
This is our moment.
Let's win.

I always wondered why they let you stay on when others have been silenced. Knowing how you prep, I hope that you'll seamlessly switch to another site when the time comes. Dang, those frickin bastards...

Weird. Well here's proof of another view. TBH I usually read through an RSS tool but still...

Keep drilling......you're on your way to Prudhoe Bay on a reverse flip. Thank God you got Googles attention. Now, maybe they can learn something from you.

apparently, you're naughty. Probably white, a veteran, own a gun, think rationally, have a job, either Christian or believe traditional American beliefs, and are willing to disagree vehemently with the government. None of those things are acceptable to TPTB. Now, go get in line peacefully with the 76 million other Americans who are like you, and...
Never mind.

OT: I saw this on Task and Purpose a few minutes ago and immediately thought of you:

Getting hit here at my Haus too... Enemy Action Indeed...

Me too. My blog post views today are at least 80% down from yesterday, according to Blogger. However, I use an independent statistics monitor, and it's showing my visits at normal levels.

Conclusion: someone at Google is messing around.

15 commenters besides me, but the post has 3 views, and keeps going back to 0 looks every two hours on the hourly counter.

They didn't just lock it up, so this has to be one or two autistic retards at Goolag with a burr up their ass, coming over and fucking with things a-purpose, but without the sway to blow it out of the water outright.

I thought it was just me. Went from 5000+ yesterday to 1000 today. It's showing 1 page view/hour but as you say, folks are leaving comments.

Well here's another visit for the record

I note that the three major bloggers I watch are being shat upon.

To add another, "Corporals Corner" Also known through "http://corporalaf.com " has been throttled for the past 3-5 months. He does videos with bushcrafting, building, and other skills building in them.

As the folks on the board which I mostly frequent (https://www.timebomb2000.com/xf/index.php?forums/timebomb2000.9/ ) say, "spicy time will be here before we know it. Tribe up, Prep up."

"You can't stop the signal." So true. Keep telling the truth.

You guys are awesome.
Ohio Guy

I come here every day, regardless of season, weather or terrain.

Don't let the bastards grind you down.

Add me to the list of commenters to prove the fuckery of Google. And send some thanks to Cold Fury for signal boosting you! Was HIGHLY entertained by the Xiao Baiding post and have added you to my personal blog list to check on regularly!

That's pretty crazy. But that kind of shadow-banning won't have the same effect on this platform as it does on Youtube (where they have done the same for years). Most people on Blogger read stuff they've already subscribed to instead of looking at whatever the algorithm says they should. On Youtube, people depend on the "Recommended For You" side bar to decide what to watch next, which in turn is based on views and other engagement stats (among other things), so Goolag artificially deleting views is a death sentence for a Youtube channel. For a blog, not so much.

It shows they are getting even more desperate.