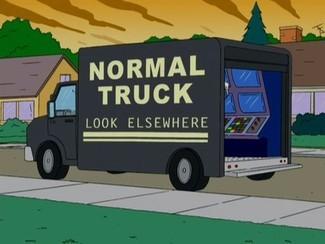 Nearby neighbors moved in 1st of last month. Within days, parking (which was a bitch before) became a nightmare. On numerous occasions, I'd make an errand run for an hour or less, and come back to find someone else parked in my designated space, enough times that it pissed me off.

New neighbors, meanwhile, had exchanged their white front light for a green one. And added a buzz-in entrance, barred windows, a door grille, and multiple security surveillance cameras outside. Totally non-descript, right?

Waiting for whomever was stealing my space to leave so I could park for the night and go in, I observed a steady stream of walk-up and drive up customers to what was obviously, in about 5 minutes, an unlicensed pot shop.

Weed is legal now in Califrutopia (which has worked out about as you'd expect) to the point that the shops are severely restricted, due to the potential actual number of hundreds of armed rip robberies in broad daylight. Thus the shops are proximity restricted, zoned, and require a very healthy investment in minimal upgrades before a business license is granted. One problem hereabouts is we're too close to a local grade school to get a permit. This assumes stoners follow the law.

Shocker!: people who were breaking the pot laws for 100 years show no inclination to put up with licensing and taxation, let alone zoning compliance. Who knew crooks will be crooks? 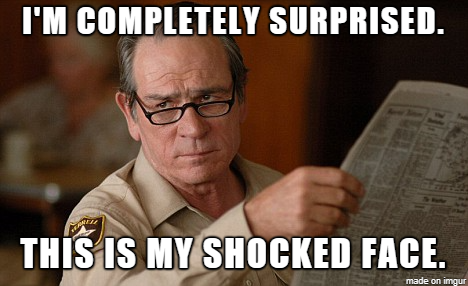 I don't mind people doing their drugs of choice, legally, at home, right up until they start stealing parking, and the 9 out of 10 stoners who would be blazing up right in front of my place, or theirs, before, during or after, including the tenants themselves, nightly when they shut down for the day. The daily increased likelihood of armed robberies didn't fill me with happy thoughts either.

Instead of making a stink with the landlord, or the zoning code enforcement assholes (I hate them as much as anything), nor wishing to have the local cops bothered to SWAT this particular tsetse fly with a tac squad and MRAP,  all of which just brings down unneeded heat on everyone not causing problems as well as the ones who were, I decided to get creative, but short of sending them a molotov cocktail to drink.

I have a couple of wi-fi hotspots.

So I renamed one "unlicensed pot shop", and the other one "DEA Task Force 17". As they're wi-fi, the names are visible to everyone for a block in any direction, including all the commercial tenants in the same strip as the new neighbors.

For a bigger bonus, a handyman outfit in the same strip uses about 4-6 standard cargo vans and panel trucks, plus a Sprinter van. They are all unmarked.

I caught one of the weed shop knuckleheads one day trying to use his phone to get a better locus for the wi-fi signal. So I put them both on a timer, and they switch over every 15 minutes when they're in use.

Apparently my efforts had the desired effect.

Lo and behold, end of the month last month, small army of stoner buddies show up, and start rapidly unassing their digs, and hurriedly loading up everything into rental vans for parts unknown.

After they left, I walked by, and sure enough, all their hardware enhancements were gone, and they left a note on their old door that customers seeking their drive-up pot should call or text a new number for updates on their new location.

I "borrowed" it, photocopied it, but changed the contact number to the county sheriff's bureau narcotic division, then helpfully reposted it on the door of their vacated premises.

It was gone a week later, so I left a new note, on home-brew created DEA and LE joint task force letterhead, asking anyone with any information on the former tenants to please call Special Agent Friendly or Det. Sgt. Knuckledragger at any of several government numbers or websites.

Haven't had any trouble parking since.

Still thinking about what the new hotspot names will be.

Aesop, thanks. I am sorely in need of humor this week, and you have provided it.

If only you had videos of the moment of realization...

Hi Aesop!!!,
"Revenge can be Bitter sweet,
but if you sit back and watch,
karma can be Pure Entertainment!!"
-a nod to the gods .com-

ROTFLMAO, you Sir, have an evil mind. I frankly never had the idea to use Wi-Fi so creatively. I don't allow it in my home personally. Keeps Siri and Co in their place, dead.

I renamed my home wi-fi "FBI Surveillance Van #14". I only turn it on periodically :P

That was too funny!

That's a high tech way of saying that folks who move into a neighborhood should be good neighbors. Shocking that unlicensed dope shop owners don't realize this ...

This is great! This is the kind of creative thinking we need for the upcoming civil war.

You are the wind beneath my wings, Aesop!

"Instead of... wishing to have the local cops bothered to SWAT this particular tsetse fly with a tac squad and MRAP..." Seriously? Why not? It would have been great entertainment. The proceeds from the popcorn concession alone would have made it worthwhile.

Yeah.
Right up until they shoot someone's dog, or hit the wrong address.
Or set the whole block on fire.
Like they do.
Again and again.

And as a rule, there are very few (some, but not many) situations the presence of the police improves. And doubly so for the Tacticool Tackleberrys.

Bwaaa Haaa Haa!!! That was AWESOME! But from now on I'd better pee before opening this blog...

I named the SSID on my old router 'BIDEN_CHEATED' and for 5G 'TRUMP_WON'.

I have thought about getting a small USB stick to plug into it, make it open access and sticking it around some downtown Starbucks. On the stick I would put ripped shorts of the testimony from the state legislators detailing shenanigans in PA, MI, WS and GA.

Having a random on/off is a good idea. I really want to find a way to get half a dozen cheap ones on eBay or something running in a lib area, so they are harder to triangulate...and even better if I can get them hard wired into AC and behind drywall so they cannot be easily destroyed.

My main is "IFF", and secondary is "If you see this we see you"

You SIR, are a fuckin' genius!!

How do you change your Wifi network name and password ? Thanks in advance.

Thanks! Needed a good laugh today, and you came through.

Padre Peter sent us over here to see this. He is quite appreciative.

In my case, I go to the devices address on the web, log in as admin, and change the name to whatever I like.

This is what so many of us have trouble coming to grips with is understanding THIS civil war will be fought largely on cultural terms with individual actions just as Aesop brilliantly executed. Not to say there won't be individual sniper activities and occasional larger gun battles but most will be simple pushback against the incessant encroachment on and disassembly of the dominant white/western culture.

Pure genius. I am stealing this idea and putting in the 'Things to do to annoying people" file.