Lid Blows Off WHO's Operation Happygas 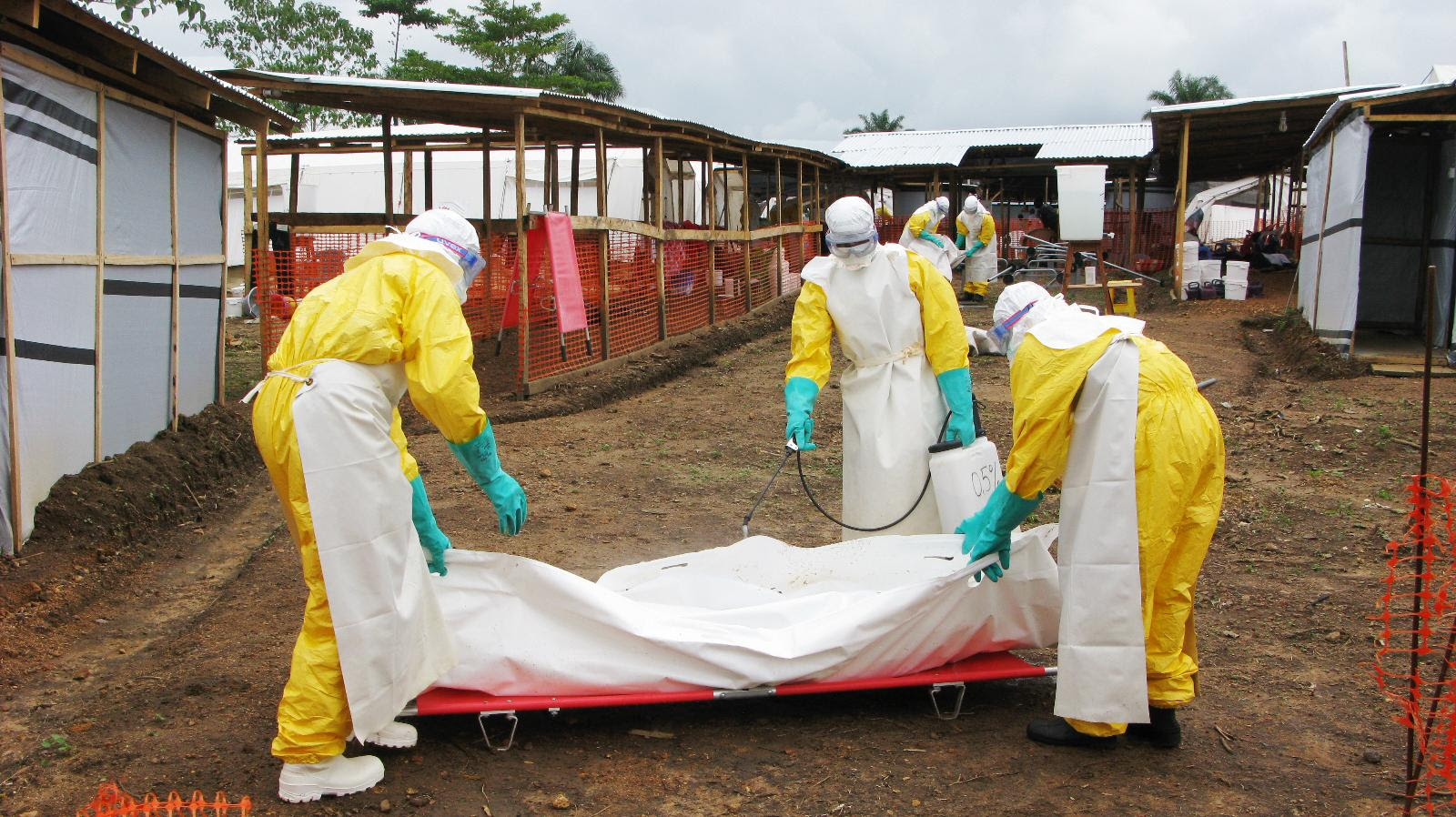 The World Health Organization says the health workers from several local and international agencies are racing to the latest Ebola hotspot, a diamond-mining area that Sierra Leone put on "lockdown" Wednesday.
"In 11 days, two teams buried 87 bodies, including a nurse, an ambulance driver, and a janitor who had been drafted into removing bodies piled up at the only area hospital," the WHO said in a statement Wednesday night.
"Our team met heroic doctors and nurses at their wits end, exhausted burial teams and lab techs, all doing the best they could, but they simply ran out of resources and were overrun with gravely ill people," said Dr. Olu Olushayo, an official in WHO's response Ebola team.
In the five days before its members arrived, 25 people had died in a makeshift, cordoned-off section of the hospital in Sierra Leone's eastern Kono district. The Ebola virus carries its heaviest load right after death, with bodies being a frightening source of contagion.
Sierra Leone authorities said they ordered a two-week "lockdown" there until Dec. 23, in hope of containing transmission of the virus, which was confirmed in seven people Tuesday.
People will be able to move within the district, but no one will be allowed to enter or leave, said Emmanuel Lebbie, a local official of the Independent Media Commission.

Oopsie. Guess the celebrations were still a bit premature...
Posted by Aesop at 3:21 PM

I'm a bit confused by the math though.


"In 11 days, two teams buried 87 bodies, including a nurse, an ambulance driver, and a janitor who had been drafted into removing bodies piled up at the only area hospital," the WHO said in a statement Wednesday night."

Do you suppose this is the newly arrived WHO teams doing the 87? If so, the hospital must have been so overwhelmed before the WHO got there, that the janitor was drafted to help with bodies, and then there was time for him to get sick and die BEFORE WHO arrived on the scene.

But then what does the " In the five days before its members arrived, 25 people had died in a makeshift, cordoned-off section" mean? The 25 aren't counted in the 87?

I'm not being too clear, but something doesn't add up.

The hospital got swarmed, with so many dead they used the janitor, then the janitor got sick and died, and THEN WHO arrived. So they had a first wave that wore out the Drs, burial team, etc. 3-5 days later the janitor got sick, and 10-12 days later died himself. Going back another 15 days for the first wave to get sick, we've now got an out of control outbreak that has been building for AT LEAST 30 days, and probably more...

And there are minimum 112 that WHO buried, plus the ones who "overwhelmed" the hospital in the first place.

I hope this article was written by a non-native english speaker, because it is almost incomprehensible.

(or maybe the 11 days run concurrently with the janitors illness)

Even GIGO numbers are climbing steeply in that district.

Happygas: "...At a national level, Guinea, Liberia, and Sierra Leone have sufficient capacity to isolate and treat all reported EVD cases, and bury all EVD-related deaths safely and with dignity....."

Back in reality, "...Contrary to statements by ‪#‎SierraLeone‬ information minister that junior doctors had returned to work, the striking doctors met until late today and resolved to continue to stay away from the hospitals until their key demand for a specialized ‪#‎Ebola‬ treatment centre for health workers was met...."

Yeah, pretty much the entire WHO Roadmap statement of 12/3 is pure BS.
It isn't worth fisking the entire thing, my last week's separate posts pretty much did that already.
As have most of their own subsequent statements.

I'm interested to see how they come back for the next roadmap pdf without saying "Just ignore all that crap we put out last time. Ebola is still running rampant."