Pull The Other One, It Has Bells On It 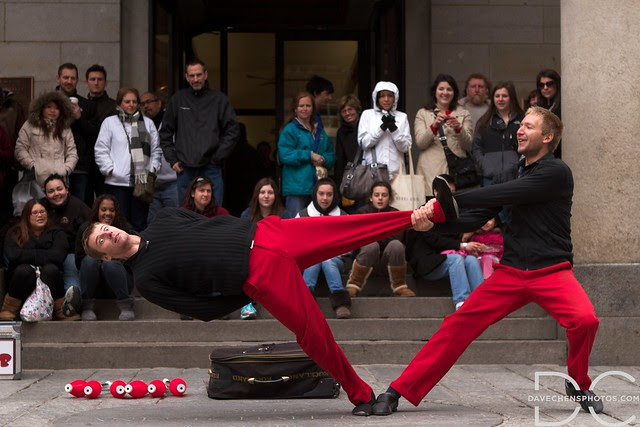 Donald Trump officially announced he was running for president in 2016 on Jun 16, 2015:
For the calendrically challenged, that was some 65 weeks ago. (He was the sixteenth candidate, of seventeen, to make that announcement.) Since that time, he ran in primaries in 50 states, 6 territories, and the District of Columbia, followed by his acceptance of the nomination at the Republican National Convention in July, some 10 weeks ago. Throughout almost every one of the intervening 455 or so days, Donald Trump has been front-page headline, magazine cover story, and top story television news fodder.

Before that, he was only a billionaire celebrity on a top-rated show, and surrounded by thousands of the most beautiful women in the world for decades, in an era when Tiger Woods and Wilt Chamberlain were doinking 5 women a week, if not per day, without even breaking a sweat. And throughout this, not so much as one peep from anyone that they'd been put upon by Hairpiece in any way in the slightest. Not. One. Word.

And yet, we're supposed to believe that shortly after he handed one of the worst debate ass-whipping schlongings ever recorded in US history to Shrillary, not even a week after some off-color comments from 10 years ago - when he was a registered DEMOCRAT -  were dredged up to hamstring him going into that debate, that four women, to whom Trump's candidacy all this time was apparently a complete and utter shock(!), have suddenly recollected NOW - less than a month before the presidential election itself - that Donald Trump supposedly did terrible things to them at some point in their murky pasts years ago, pulling tales from their memory holes (or simply out of their asses) going back to the 1970s. Sh'yeah, RIGHT! Nothing politically motivated there at all. And AG Lynch and Fat Bill just talked about golf on the airport tarmac in Phoenix, right before Hillary wasn't indicted. And Hillary had Magical Disappearing Pneumonia in NYFC on 9/11. And the Benghazi consulate was attacked because of a video. And on, and on, and on, ad infinitum.

I will say it again: Donald Trump is not my candidate.
That being said, we're voting for a president, not a plaster saint.

But Shrillary is unmitigated and incarnate malicious and malignant evil, personified. Her every act, from getting thrown off the Democrat Watergate Committee legal counsel bench - for lying, repeatedly, and in the direct scope and practice of her job as a lawyer, 43 years ago - up to whatever she said 5 seconds ago, has proven time and time again her utter and abject unfitness for any job requiring personal honesty, accountability, or the slightest shred of personal morals or ethics, on the grounds that she lacks any whatsoever.

If the Shrillary campaign now wants to start parading bimbos making sexual allegations for America to listen to, they should start with the ones whose character and truthfulness Shrillary spent decades assassinating and gainsaying in the service of covering for her nominal husband, the serial rapist and former president.

And if they want to trot out allegations against Trump at this point, there's already an established bar they'll have to hurdle:

produce a DNA-stained dress, or STFU, and go home.

But full props to ABCNNBCBS, for pulling out absolutely all the stops and throwing a whale on the scale to try and tilt the election to Shrillary. Congratulations, you herd of mendacious megadouches, you've outdone yourself beyond all previous efforts this time around.

Labels: Boob Bait For The Bubbas, industrial-grade bullshit by the metric fuckton, Periodista is a Spanish synonym for mentiroso, politics

In fairness, most any Democrat woman voting for Shrillary doesn't know they have one of those.

A candidate actually fights back. I'm more shocked by this than the allegations that suddenly popped up out of nowhere.

"The Trump campaign fired back, calling The New York Times article a political attack and demanding a retraction.

"This entire article is fiction, and for the New York Times to launch a completely false, coordinated character assassination against Mr Trump on a topic like this is dangerous," senior communicators advisor Jason Miller said in a statement.

ABC News reported three senior-level sources as saying Trump is drafting a lawsuit against the newspaper for defamation.

"Your article is reckless, defamatory and constitutes libel per se," Trump lawyer Marc Kasowitz wrote in a letter to the daily.

"It is apparent from, among other things, the timing of the article, that it is nothing more than a politically-motivated effort to defeat Mr Trump's candidacy."

If the lawsuits ARE filed and won, wow. The Old Gray Lady will finally gasp her last breath. Well then ;)

I approve the shit out of this message.