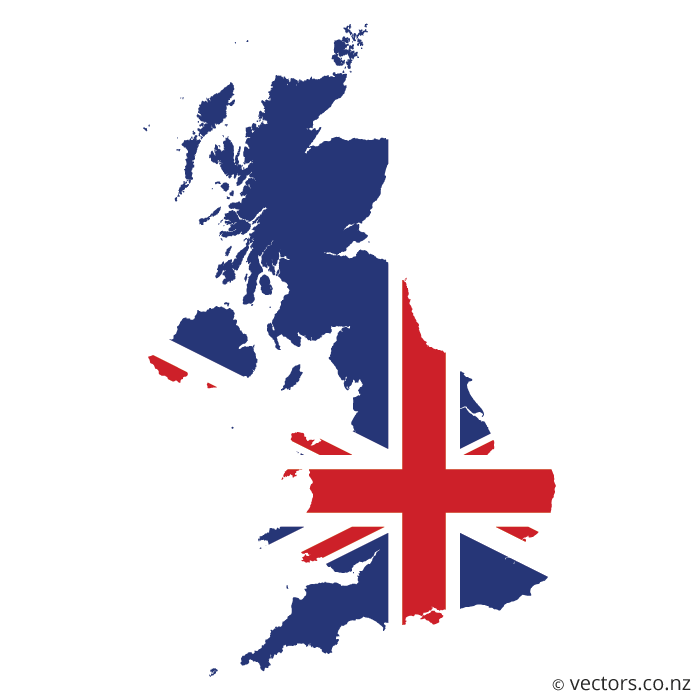 So, apparently, the old girl still has barely detectable pulse, and a stiffening upper lip.
We heartily cheer and raise a glass to that.

Short-term, the pound is in free-fall, but no longer finding itself tied to future failed states like Greece, Italy, etc., Britain and its economics should sort itself out in due course.

Winners:
Every British subject, like it or not, particularly those who actually are British.
England and Wales, which carried "Leave" to victory on their own backs.
And their children and succeeding generations, who may yet recoup some of their former glory.
UKIP in general, and Nigel Farage in particular, the latter being the closest thing that entire island has come to spawning another Winston Churchill there since, roughly, Winston Churchill.
The Dutch and any/many other nations' folk who may elect to take a powder from the EU as well, in the days and months to come.

Losers:
Maddened crowds of socialist rent-seekers and government teat-suckers there.
Any number of future would-be jihadis among the Britistani imports over the last 40 years.
The Conservative Party, and in particular, David Sodding Cameron, who having tied "Remain" about his own and the Tories' necks, will soon be to British and Conservative Party history what Gorbachev is to Soviet Russia. He has, at this point, elected to Brexit as well. Douchebaggery has consequences, Davey. Maybe you can hire out to drive a cab for some Pakistani entrepreneur.
Scotland and Ireland, who voted predominantly to remain in the EU, clearly just a bunch of socialist suck-ups, from whom manifestly the best part emigrated therefrom some decades to centuries past. Not being there, I can't tell if their motivation springs from inbred love for the monstrous EU teat, or simple reflexive disdain for anything English, based purely on a thousand years of poisoned history, or some amalgamation of both. Perhaps cooler heads will surface, and they'll both realize they're physically closer - and/or inseparable from - Britain, and notice that the latter may tolerate some local autonomy, but not outright open hostility. People have friends, nations have interests. So it behooves the Remainers in Northern Ireland and Scotland to temper their enthusiasm a bit, while still pushing for more complete autonomy. They may wish to learn Arabic and Pakistani as well as their native Gaelic dialects.
Red Angela, who's Merkeled her own country and countrymen up the ass so hard that she's simultaneously cemented her shot at UN leadership, while probably never being able to return to German soil without being greeted by a pitchfork and torch-waving mob behind a helpfully empty tumbrel cart, en route to a hastily erected gibbet and some rope. (They may not even wait for her to leave and return to accord her that special honor. Be still, my beating heart.)
The "Syrian" "refugees" throughout Europe (two monstrous lies for the price of one, since by actual tally, something like 98.7% are not Syrian, and 100% are not seeking refuge, rather instead seeking generous payouts from socialist welfare state coffers, and new bases to re-institute the Caliphate north of the gates of Vienna.) Brexit, once implemented, should be the death knell to their further emigration there, and in short order in greater Europe, once the locals decide whether they want to simply round them up, or begin the largest pogrom the world has ever seen to expunge them from European soil. (I'm betting that "A" will lead inevitably to "B", especially after another couple of attacks/incidents from the Usual Suspects from The Religion Of Peace{tm}, as is their wont the same way pigs root in filth and beetles in Egypt roll dungballs).
The New World Order monkeys on this side of the Atlantic, who are witnessing not only the utter failure of socialism and open borders over there, but the prospect of their own pending unemployment and disenfranchisement over here, (and perhaps, if God loves us, their pending imprisonment), for all such are consumations devoutly to be wished.

It's going to take something like months to years to work out all the details of disentangling Britain from the hair of the Medusa that is the EU, starting with Parliament repealing the monstrous act that committed them to the EU lunacy back in 1974, but to quote the great man himself, Brexit may not be the beginning of the end for the eclipse of Europe, but at least it's the end of the beginning.

So Britain may yet become Great again. Splendid news from a special ally this week, and sincere best wises to a people across the pond that aren't quite finished yet, if only just in the nick of time.

Now all we need to do is heave the shitbirds on this side of the pond over the rail, and get back to setting our own national affairs in order.

And a note to our well-wishers there: John has a long moustache.
Posted by Aesop at 8:14 AM

"It's going to take something like months to years to work out all the details of disentangling Britain from the hair of the Medusa that is the EU,"

It'll take years to even start.
The scale of the task is truly monumental, the EU dominates virtually every sphere of government.
We're going to have to create a water policy, the recent floods being entirely the fault of EU water policy, it isnt suitable, but before we do that, we're going to have to restaff or retrain our civil service so that its capable of creating its own policy, rather than implementing EU policy.

You are not the 4000 feuding clans of India, you're the people of More, Shakespeare, Newton, Milton, and Churchill.

Cheer up, mate. You got along just fine for 908 years without any help or hindrance whatsoever from the EU. Trust me, the concept of directing your own national affairs will come back to you all in no time.

The only ones amongst you with no concept of running a country are those who fled to Britain because their own countries were a total cock-up. Ignore them, and the wistful Remaining foot-draggers with gusto and glee, and things will sort themselves out before you can say "Bob's your uncle."

Parliament repealing the atrocious act that wedded you to the EU, perhaps tackling it first thing on Monday morning, would be a wonderful first step.

Water policy? Why? This is an island that receives more than its fair share of rain. We have a relatively new, and quite respectable, (private) water infrastructure, etc., etc. (the only reasons more was needed was the massive influx of immigrants fuelling demand – stopped, and the ineptitude of the 'lobbied' (read bribed) politicians in restricting common-sense use/maintenance).

What we need is for the micro-managing meddlers (as well as the single issue eco-freaks funded by the EU with money stolen from our pockets) to get out of the way. Nothing else. (Rinse and repeat for almost all the laws, statutes and policies that have been enacted, without our agreement or even having been informed).

But you're right, the EU has dominated every aspect of government. So what is needed is (the promised but never achieved as the EU wouldn't allow it, and directly funded their favourite obstructionist PC single issue 'causes' – with 'our' money) 'bonfire of the NGO's', as well as a root-and-branch clear-out of every government Dept. (they've hired 'only' their own type for decades) if not closure of all the unnecessary ones (whose only role was bureaucrats giving jobs to 'people like us').

Any 'difficulties' we experience will be solely due to the EU apparatchiks (European or domestic) who try desperately to make them, but since we can tell the former to FU and the latter to pick up their P45 I don't see any insoluble problems arising. They're trying desperately to both double-down by trying to get a rerun (a million+ signatures, only about 300000 of which are actually from Britain – Duh! Like we wouldn't notice 'being fick') by portraying us as all yokels, racists and imbeciles, but all it is doing is showing 'them' for what they really are – fascist crybullies.

Scotland will remain part of the UK, all they want is to whinge and moan … and someone to support them in their profligate lifestyles. Northern Ireland is full to the gills with people, who may hold British citizenship but who view themselves as Irish (they only moved to NI for the jobs, housing, education, healthcare and benefits that Ireland couldn't/wouldn't provide them – A bunch of people who hate and despise England so much they want nothing to do with them, and so move there to get all the freebies, so, almost like the Irish on the mainland then). You really think either of them, when the choice comes, are going to choose anything other than continuing their parasitic lifestyles? (and the EU wont touch them with a barge-pole – piling more debt and insolvent welfare spongers up when our money isn't going to be funding them any more? I think not!)

Oh, and the pound isn't in “free-fall”, it lost … about a weeks worth of gains. Now looking at the European markets however …

Laws? We have our own, all we need is to shred the EU mountain of paperwork and update as needed (or more likely, simply scrap as entirely unnecessary and 'non-British')

Have a watch of a youtube video called “Brexit The Movie” for a generally accurate portrayal of the EU. (fifty laws related to toothpaste, over 500 related to dogs, etc., etc., sufficient laws that if piled up would be taller than Nelsons Column, 10000 people paid more than the Prime Minister, ….).