You Can See It Coming 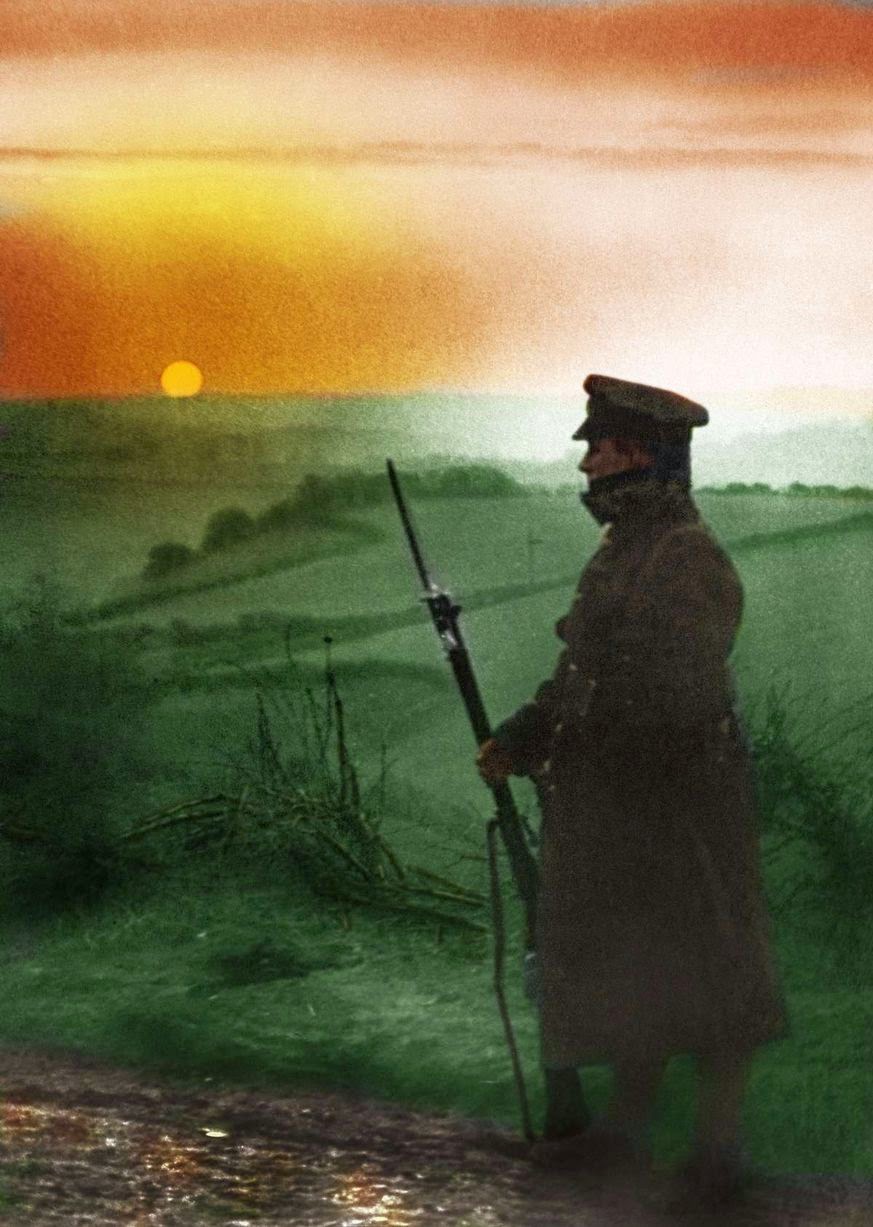 So, working forward from the previous post, and noting this excellent essay (h/t WRSA), try a little mental experiment:

You're in Rome as the Visigoths march in.
Or you wake up on the RMS Titanic the day after it's sailed from England.
Or it's today, except in 1939, and you're in France.

For the purposes of this game, you aren't allowed to leave. You cannot, for example, steal a lifeboat early and set yourself adrift the evening before Titanic goes down. Nor leave France, nor build a boat and sail to North America at the dawn of the Middle Ages. Those options are right out.

You're stuck, where you are.

Nothing you do will fundamentally alter history. You can't warn the captain, you can't print anti-Hitler handbills, and you won't be able to stem the tide of barbarians by inventing gunpowder, designing cannon, and crafting Gatling guns. What happened before is going to happen, this time, with you in it up to your neck.

You have what everyone always wishes for on every Top Ten List of Superpowers.
You know the future. In these cases, anyways, and only in the broad strokes.

So, with that knowledge, what do you do to make sure that you don't get washed up in the hereafter, a casualty of bad choice amidst time and space, unlike hordes of people were in these historical examples?

Now apply that to right here, right now.
Everything in the world you think you know is going to crash and burn, for whatever reason.
SMOD, despotism, disaster, a plague of cannibalistic zombies, whatever turns your crank.

Don't take my word for it. Check the news. Read 3,000,000,000 people on the internet. Check your gut, your spidey sense, your little voice inside.
Unless you've been stoned off your ass for decades, it's probably been screaming for months, if not years. "Danger, Will Robinson! Danger!!"

Of course, everyone else could be wrong. You could be insane. (I certainly could be.)

But you know and I know and half the planet knows, you're not.
The one constant of  human history is everything wonderful going tits up at some point, usually gloriously aflame. Panic, chaos, disorder. War, Famine, Plague, and Death, the same four cavalrymen who've attended pretty much every step of the human race since forever, and nearly always will.


What are you doing about that?
Not tomorrow, not next year when things are easier, but RFN.

If your "Did" list isn't one helluva lot larger than your "To Do" list, you're waaaaay behind the curve on things.

And anything you prepare for (unless you're expecting the world will be overrun by a ravaging horde of rainbow-farting unicorns peeing rivers of gold and crapping strawberries and marshmallows) is something you can leverage into whatever does come, whether it's a greater or lesser magnitude come that day.

We're all gonna die, someday, but shocked, surprised, scared, cold, naked, hungry, bloody, and herded into oblivion because of rampant unpreparedness is a really shitty way to check out, as opposed to fat, old, and happy and dying of natural causes in your bed, with your descendants around the room to see you off.

Your time. Your choice.
Posted by Aesop at 8:57 AM

It is so good to see you blog! I spend a lot of my time online on Snafu (Solomon is awesome) but check here every day. I really enjoy your terse, no-bullshit style and the fact that you're right.. at least I agree with you! This was an amazing post, it's what I've been trying to tell family and friends (family thinks I'm nuts but at least will prep with me - none of them are history buffs though, and after my Ebola preps they look at me a little more sideways.. I explain the modeling showed we were prudent but whatever), and that link was a GREAT read. Thanks for the post. Someone out there along with Solomon agrees with me.. and nothing wrong with having extra food canned and set aside if we're wrong (we're not). Now to try to get going on that still.. the welding, need to borrow or rent a welder! -T

Dittos. Why a still? And the farm stores have cheap welders, as do farm auctions. You can get anything you need at estate sales over the course of a summer. Cheaper if the weather's bad.

For us, don't know about Aesop here, it's because my husband enjoys kirschwasser, and the only decent stuff he gets is made by family in Switzerland... the mass-bottled stuff, not so good. ;)

A still provides recreational beverage, medicinal treatment, sterilizing fluid, and barterable commodity all from the same bushel of surplus corn or potatoes. Tough to beat that amount of utility.

I'm hoping that our political class manages to kick the can a few more times - it seems to be their top skill, putting off consequences. I will not leave my mother. Her Alzheimer's is moderate, but steadily getting worse, and without me she is lost. Money is also an issue.

Due to diabetes, the garden plans have been changed. Peanuts are now at the top of the list - nutritious and low in carbohydrates. We have a mini-MAG neighborhood group going , with two other families - a small business owner/accountant, a mechanic/schoolteacher, and me as the (god help us) military/comms guy.

(I realize "local laws" may go out the window if SHTF, but I'm thinking prep & testing in the here & now)

Get a federal fuel alcohol permit and whatever your state/county/municipality requires. Neighbors can also be an issue, due to the smell.

I would, by all means, operate one within the letter of the law while there is any.
But I would do everything possible to have the apparatus turnkey-ready long before you need it, even if it's disassembled and benign at the moment. Like raising crops and livestock, there's a learning curve, and you want to be on the right side of it before things get sporty.

Do not, repeat, do not, expect laws and government to go by the wayside ever. Look at Argentina, Venezuela and other failing countries. Roads may go to ruin, your money may be inflated to toilet paper status, water and power be unreliable or just plain unavailable, but laws will be enforced as the government chooses and taxes will be collected.

Local government will be the last to go - it will turn into a mafia first. The boys in blue have weaponry, training and the tradition of compliance on their side, and they will use that. They may not be able to protect you, but that won't stop them from doing the opposite if they decide to go that way. My thought is to know some of them now, and be quick to make a deal when the time comes.

That depends on how deep and widespread the catastrophe is.

Our government didn't fall during the Great Depression. Actually, it metastasized, and made the problem orders of magnitude worse.

But I think the fall we're talking about will be much worse than the Great Depression, for whatever reason(s). We are no longer the resilient, rural country of those days, and when people get hungry, they get mean. Riots turn to revolutions turn to wars turn to famines turn to pestilence turn to Death. Biblical level of shitstorm.

And the modern world, most pointedly including modern government, are fragile hothouse flowers in the face of widespread effects.

At that point, anyone "from the guvmint, and here to help" is merely another unlicensed brigand, best dealt with immediately and without mercy.
The entirety of the government everywhere is actually a very small tribe, and like even an elephant, is reducible in short order by enough piranha-bites on the carcass.

Ain't gonna be no "revenooers" when they're out of contact with HQ, or absent a massive show of force. At that point, they're merely slow-running deer.
And while that worked in Iraq and A-stan, there probably won't be any huge logistical tail to keep it going for more than about a minute if things massively devolve, as they are likely to do. And as mostly each of those people has a home and family, they're likely to fade away when a paycheck isn't forthcoming.

At 180 days, in a national or global collapse, life will be downright medieval, in just about every way.

I emigrated, Several years ago.

Because fuck commie Amerika. If and or when they pull collective head from collectivist ass I'll go back.

Till then, I'll sit in this turd world shit hole where I can at least afford to be poor and possess 20 iq points more than the locals which ensures I am not poor.

With my bowl of popcorn and giving a big fat cheer.