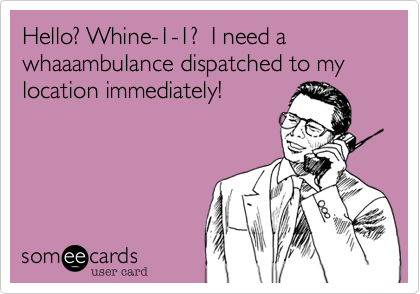 More proof that no one in the Pentagon or DoD can read:
A team of 14 year old boys kicked the asses of the Oz Women's Olympic Team, the latter being ranked as one of the Top 5 women's teams headed to the 2016 Olympics in Rio this summer.
UK Daily Mail article

Australia’s national women’s soccer team have suffered a devastating defeat in the lead up to the Rio Olympics – going down 7-0 to the Newcastle Jets under-15 boys side.
Despite the embarrassing defeat on Wednesday night at Valentine Sports Park in Newcastle, the Australian team will travel to Brazil as one of the gold medal favourites.
While the Matildas played with a rotating squad, there is no denying losing to a team of school boys is far from ideal preparation for the world’s fifth ranked team in their quest for Olympic gold at Rio.
Assistant Matildas coach Gary van Egmond was as surprised as anyone about the result, admitting his side were outplayed.
‘To be honest we didn’t expect that,’ Egmond told the Huffington Post Australia.
‘The Jets boys were very good, all credit to them, they moved the ball around very well and were excellent all night.’
Egmond said that the Matildas are often forced to play against boys teams as trying to find quality female opposition can be difficult.
It may not be the first time that the Australian team have suffered a heavy defeat against school boys with claims that they were ‘smashed’ by an under 16 Sydney FC team last year circulating.
The social media reaction to the defeat has been condemning with many claiming that the result is not good enough for a team that is expected to challenge for a medal at the Olympics.

And a h/t for the money commentary from The Z Blog:

Maybe that’s true, but it would be amazing to me if that many humans were walking the earth unaware of the stark differences between male and female athletes. A woman in her prime years has the cardiovascular capacity of a man in his 50’s. It’s why girls cannot pass the same physical tests as males in the military. Many male recruits also fail early on, but a month or two of training and even the least fit males are well beyond the female recruits. Imagine the differences when we’re talking years of training.

Of course, the differences between boys and girls are not limited to physiology. All the stuff that makes up personality and intelligence is rooted in the same stuff as physiology. We are what our DNA says we are and human DNA makes boys different from girls cognitively, physically and emotionally, etc. These differences cannot be wished away or hectored away. Most of what we call liberalism is at odds with biological reality and that can only end one way.

Ranger School cadre, call your office...
And I don't know the IOOC policy on dudes who "identify" as women, but if you can find a dozen or so gender-bender boys about 14-15 years old, and get them entered in Women's Soccer at this years' Olympics, they'll have a pretty easy shot at the medal round.
Just saying.
Posted by Aesop at 12:11 AM

Labels: comedy, Social Justice Is For People Who Suck At Science & Math

I still treasure that day that us under-12 girls soccer team beat the snot out of the under-16 boys team in a practice day pickup game. I'm sure the real cause was that they just sucked, or maybe their best players hadn't shown up or something. But we beat them 5-0 and ran them ragged across the field. It was awesome.

Not buying it Ruth. Your comment lacks even a hint of reality.

oh, Ruth's story is quite possible.

in the same way that Cheryl Miller was able to 'beat' Michael Jordan ...

until he stopped fucking around and scored 19 consecutive and then walked off the court before getting to 21.

I told my wife and mother during the women's World Cup in 2015 that a good high school boy's team would beat any of the women's teams, just due to the athleticism and speed they play at. They didn't believe me, but it's true.

I enjoy watching the women play soccer, but it's a different game than what the men play.

It is definitely possible a good U12 girls club team beat an average to poor U16 boys rec team. A good U16 girls team will not beat a good U16 boys team. The differences grow as the kids get older. It's fairly common for U6 teams to be coed and there no problems. Boys tend to be more aggressive but girls do fine at that age. At U10 or U12 there are often some very good girl players who also play competitively on mostly boys teams. My son's JV soccer team once played the varsity girls in a friendly. The varsity girls team was ranked in the top 2 or three in the state and I thought they would win easily. The JV boys won 9-0 or something close to it.

CM, Oh see, there you go bringing in biology again...