So A Quarantine Might Be Okay... Mainly For White People 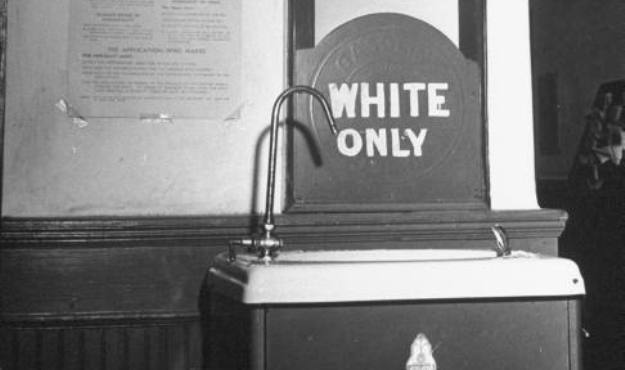 Because the public will be "reassured" if we quarantine asymptomatic returning doctors, nurses, and other volunteers who are American citizens, but they won't be "reassured" if we were to quarantine any of the actual citizens of Liberia, Guinea, and Sierra Leone coming here. Because the former might become symptomatic, but the latter cannot ever be?!?

Welcome to the United States of Zimbabwe.
They're not even bothering to hide it.

And clearly, medical epidemic control common sense has nothing whatsoever to do with any decision making. Assclown is way too kind of a word, and way too insufficient, to describe the criminal, no GENOCIDAL, stupidity and negligence of this administration AND the docs that are enabling it. I don't care if the reason is political correctness, or "I'm in control here" syndrome, or "I don't make mistakes, EVAH" syndrome, or that they are just a bunch of drooling idiots (with apologies to actual idiots, drooling or not - generally they are pretty harmless to others), or whether there is actual evil going on here (meaning a literal attempt to kill off a large part of the population for Mother Gaia, for control, for whatever reason(s)). NONE of that matters, only their lack of effective and timely actions.

Screw them all. Every single person now infected in this country is infected because of this administration. Duncan only came because they let him. This idiotic, arrogant and non-caring doc in NYC was only able to wander around NYC like a tourist on holiday because they let him. How many similar carriers are here now, or will arrive in the next 2 months is anyone's guess - but they will all be here/get here because they let them do so, and all of those infected because of those new carriers will be the administration's fault.

Thanks President Assclown Obola, we really appreciate it.

Tex (and Aesop...) absolutely none of this should come as a surprise. What is surprising is that there has been no coup d'etat, no "oh, hell no" from our country. I have almost given up believing that there is anything that won't be tried by 'them' and allowed by 'us'. Ultimately my friends it is our own fault. Not telling these lackwits no is the same as telling them yes, at least that is what we've taught them. We are circling the bowl on our way down. All that remains is who will turn the lights out, if we even care.
When ebola, or whatever else; comes to my part of the planet, we will self isolate. The signage will be clear. "Trespassers will be shot. Survivors will be shot again."
Harsh? Yes. Made so by the failure of TPTB to close the border and stop the flights.
Because... napalm.

Napalm may be the only way to stop this shit now-we know nhow to prevent it here-TPTB either are really that stupid-or they want to reduce the population.
There's no telling how many people Dr Douchenozzle infected-or the idiot's tossing gloves and other PPE into trash cans just outside the building the good doc was living in,or all the people in the bowling alley who use the same bowling ball that the doc put his sweaty symptomatic paws in,or that rode in the same taxi,or the same subway car,or ate wherever he ate as he was wandering around town...

Buy more food,water,water filters,ammo,and medical supplies and get as far away from the big cities as you can- if you can.