Once More, With Feeling... 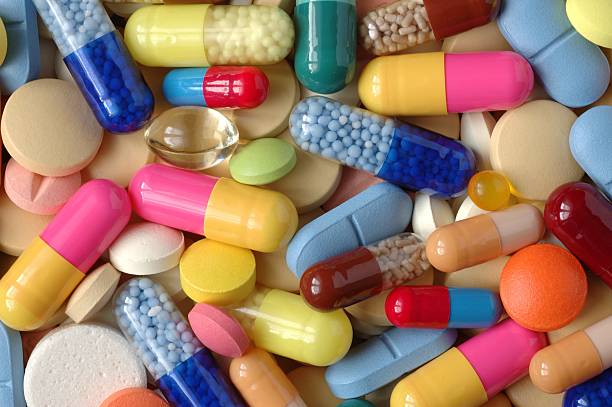 Yet another nail in the coffin of the attempts to blame Big Pharma and prescription-happy doctors for fueling a non-existent opioid problem is a great article yesterday by (medical) Dr. Jeffrey Singer (Misdiagnosing The Opioid Crisis) noting that what America has is not an Rx problem, it's a smack-shooting junkie problem:

While raids on black market drug dealers continue to net hauls from a seemingly endless sea of diverted, smuggled or counterfeit prescription opioids and heroin, policymakers can’t shake free of the myth that the opioid crisis is caused by doctors prescribing opioids to their patients in pain.

The numbers show that isn’t the case. The Centers for Disease Control and Prevention reported in July that prescriptions of opioids by health care practitioners have continued their steady decline since 2010. The Drug Enforcement Administration has ordered cutbacks in the production of opioids by pharmaceutical companies — 25 percent last year and an additional 20 percent this year, for example.

Since the late 1990s states have established prescription drug monitoring boards that maintain surveillance on providers and patients and have a chilling effect on prescribers. All 50 states have them today, and recent studies have shown they have had no effect on the overdose rate but may be driving desperate pain patients to the black market in search of relief.

For example, researchers at the University of Pennsylvania and Penn State University reported in May, prescription drug monitoring boards “were not associated with reductions in drug overdose mortality rates and may be related to increased mortality from illicit drugs and other, unspecified drugs.”

Meanwhile, while this full-court-press on doctors and patients continues unabated, the overdose death rate from opioids hit a record high of 33,000 in 2015 — but the majority of deaths were from heroin, and deaths from fentanyl doubled over the previous year. Overdoses from prescription opioids, however, are stabilizing or even receding.

Evidence suggests this may be happening because the crackdown on prescription opioids has made heroin cheaper and easier for non-medical users to obtain. In fact, the CDC director claimed in 2015 that heroin sells for one-fifth the street price of prescription opioids.

More proof, if you needed it, that government effs up everything it touches, in this case, by driving people off of Rx meds, and onto street drugs, where they can get way more bang for the buck, all the way to deader than canned tuna. Which they do.
(Yet again, some say "crisis"; I say Darwinism in action.)

And nota bene, I reject the good doctor's conclusion at the end of his essay, because all it amounts to is a way for government to multiply the problem by orders of magnitude yet again, and tax the enterprise, while shifting the profits from drug cartels to Big Pharma (and then to Congress via lobbyists, QED). This is not least because we have neither the country, the health care model, nor the citizenry we had over 100 years ago, before the Food and Drug Act. But the doctor's facts, excerpted above, are unassailable.

And this also underlines that while I don't know everything about everything, what I do know I generally know with near papal infallibility, including wee things like items well within the wheelhouse of my primary profession for the last 25 years. Like, say, who's coming in the ambulance bay doors after ODing since anytime after the Reagan administration.

But for some reason, neither Bitch McConjob's nor Quisling Ryan's office will take my calls.
Funny, I know.
Posted by Aesop at 7:00 AM

25 years, eh? Another Old Fart, just like me (RN since 1979). Do you recall, as do I, and the doc I work with, the entire idiotic (with apologies to genuine idiots) "pain is the fifth vital sign" malarkey? Along with "pain is whatever the patient says it is"? So, the chucklehead texting and stuffing cheetos into his pie hole, while reporting "15" pain, on the "zero-to-TEN" pain scale, has pain that is what he says it is. (wink, wink, nudge, nudge, bro!)

Yet, now, Da Goobermint, authors of the above cite gibberish, are gonna fix the "opioid epidemic". Totally! just like they "fixed" healthcare with the ACA, and "fixed" the Obamanation known as Obamacare, by...er, doing nothing. Yep, cannot wait for it. The "fix" is certainly in!