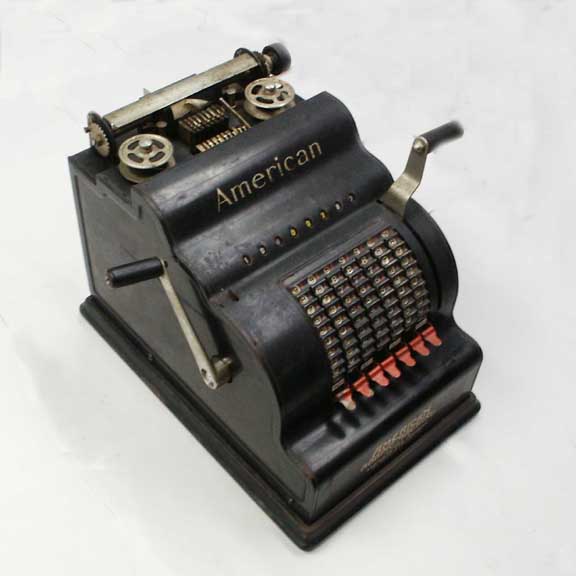 Courtesy of Reddit and user c0mputar, here are the 4-day daily case totals of reported Ebola cases going back to late August:


With all the caveats regarding "official" reported numbers vs. actual cases, and noting that this includes periods where nations added - and subtracted - thousand-plus numbers into short periods, what's notable is that since late August, this outbreak hasn't been below 100/new cases day. It's also never gotten as high as 200 cases/day.

Which explains everything else about supposed flattening of the growth curve.
The fact that it isn't going anywhere, up or down, is proof that there are always (for the last nearly 4 months) at least 100 people so sick with Ebola that they'll finally drag themselves to an ETU - or collapse in the street - for isolation and testing. (It's more than that, but a notable number of them die before testing, which opts them out of the process with some finality, while simultaneously letting those nations elect to not count them in the death stats, since the cause of death is thus "unknown". How convenient. Shovel, shut up, and keep the news cheerful. QED)

So what this tells us is more like a tachometer than a speedometer of the infection: it tells us how fast the labs are cycling tests.
It doesn't tell us what gear the infection is in, if you will.

It might be fair to think things were winding down, except for recent note that burials are humming along everywhere, while stacks of unburied bodies are being discovered all over Sierra Leone, while in Guinea, the spread of the disease simply refuses to taper off. Liberia seems mainly to have mastered the use of pencil erasers to solve their statistical problems.
Posted by Aesop at 7:16 PM

BS on this side of the pond: clinical trials of a new vaccine are being held up due to recipients developing "mild joint pain" 10 to 15 days after getting their shots.

OK...so fucking what? The current outbreak has a lethality of 76% now (latest CFR as of the 10th).

Dear Mr. Sierra Leonian, would you rather roll them bones and take your chances, or get acupunctured and have achy knees for a bit? Your answer please: _________


(One wonders who, exactly, they're testing these vaccines on, if not actual Ebola victims, and how they expect the results to be useful.)

(Gah. That was in Switzerland, so other side of the pond. )

You can't test a vaccine on someone already showing symptoms, because they're already developing antibodies, and the vaccine won't help.

Those numbers are wrong. I have been storing the numbers the CDC reports every few days for months now in a spreadsheet, and there have been several instances lately where the new case counts per day go over 200.

There have even been a couple of times - likely when 'batches' of old cases are reported, where the numbers have gone even higher.

Here are the actual numbers for new cases per day going back to March, rounded to whole numbers:

* the reported numbers from 10/24 through 11/2 are likely way off because the CDC re-classified a bunch of cases around that time, but otherwise, these values are exactly representative of what was reported by the CDC.

I have all of the data broken out for Guniea, Sierra Leone,and Liberia with calculated daily new cases as well.

Just to drive home the point...

The most recent instance where the reported numbers went over 200 cases per day was in the report covering data through December 3rd, which was released just about a week ago, so it should be easy for anyone to find.

The problem with what the reddit user did was forcing a 4 day average on the data.

The data doesn't come out every four days. The reporting intervals have been as small as 1 day, and as large as 9 days.

Forcing that data into a uniform averaging interval smooths it to the point where it's not surprising that high and low extremes disappear.

That's why you don't see counts above 200 in his data set.

@Anonymous
The 4-day segments were the exact point: because the intervals are random, yes of course there were one and two day spikes, but the point is when put in uniform bites so you can compare apples to apples, they demonstrate that neither now, nor back in August/September when Ebola was growing off the hook, has there been any official spike in the numbers.
Your higher individual and two-day spikes are precisely the info-dump artifact putting them in uniform 4-day sections eliminates.

That this was never therefore showing any increase (nor decrease) in cases is precisely proof why it's documenting lab capacity for running tests over time, rather than any representation of actual numbers of persons infected.

That's entirely what makes re-arranging the WHO data into uniform slices useful.

SMH. That makes no sense at all.

There's no rhyme or reason to what you are claiming to learn from this data - which is all based on crappy and incomplete source data from the countries involved anyway.

What you claimed in your original post is that there have been no reports where the totals are less than 100 or greater than 200, and that's not true, even when you just look back at the past couple of weeks.

The report for 12/6 showed 94 cases per day over the previous three days. For 12/2, the report showed 89 cases per day - and guess what? That report covered a 4 day interval - just like the data set you're claiming gives you better insight.

The problem is that his four days and the four days covered by the report don't overlap.

Do you see the problem now?

"That this was never therefore showing any increase (nor decrease) in cases is precisely proof why it's documenting lab capacity for running tests over time, rather than any representation of actual numbers of persons infected."

If you break out the numbers for the individual countries, you might understand why that claim is wrong.

Testing isn't being done in one central place - each country has their own facilities, so if you look at just the numbers for Liberia, what you'll see are daily new case totals that spiked in September and October, but haven't been any higher than 38 cases per day since the end of October.

So what you see in that individual country data is a build up in the number of new cases per day, a peak, and then a gradual drop.

Which is just what you're claiming doesn't exist.

The reason you can't see it is that you're homogenizing the data twice - first by lumping in the cases from all of the effected countries, and then by picking a 4 day averaging period that isn't aligned with the report dates.

The data may be crap as far as shear numbers go, but I think it can be trusted to a certain degree for trends - if you don't average all of it together so that the detail is lost.

1) I did NOT claim that there were no reports of more than 100 deaths; that's asinine.
(I've previously specifically mentioned Liberia's 1000+ -case info dump a couple of weeks ago.)

2) WHO's reporting intervals are entirely an artifact of the slapdash nature of the countries reporting their numbers. It wouldn't make any difference whatsoever to me if someone chose 7-day or 30-day intervals. It would still show the same thing, just in different-sized chunks: that at the times this thing was well-acknowledged to be blooming out of control, as well as now, when it's supposedly abating, no such trend is observed.

When your thermometer doesn't go up when it's hot, or down when it's cold, the problem isn't the weather, it's with trusting the thermometer to be telling you anything either true or useful.
THAT is the point.
The case data is worthless as any sort of reliable measure of this outbreak.

And let's be clear here: the source data isn't merely crappy or incomplete, as much as it's deliberately massaged and waylaid.

As I noted with Sierra Leone's recent burial numbers vice reported deaths, they knew exactly how many people their own teams reported burying, even though that was probably only 1/2 to 2/3rds of the actual burials, but they consciously chose to report less than 20% of that number of Ebola deaths during the period in question.

Yes, the idiots collecting numbers need to take their shoes off to count past 10, they lie, forget, and are generally just what you'd expect from a bunch of 2nd-grade dropout illiterate f**ks.

But the government officials releasing this are lowering the tallies deliberately.

That's the reason Liberia hasn't had more than 38 cases/day since the end of October - at the exact time they were screaming about how they were swamped with so many infected people, and no bed space in the ETUs, which still aren't all finished.

So, you can believe that the numbers tell us anything useful, in which case, you have to explain why Ebola switched itself off in Liberia at the exact point they were least-equipped to deal with it.

Or you can accept that the numbers those governments are releasing are such utter bullshit they're fit only to line birdcages.

A fact which the UN/WHO/CDC have underlined time and again with every report they issued, going back months.

The entire problem is the Western bias that "no one would ever just make up absolute horseshit numbers and promulgate them".

News flash, Sparky, this is Africa we're talking about, and yes, they would, and they're doing exactly that.

That's how they roll, forever.

The vaccine question should be, "Is the joint pain permanent? Or does it cause permanent damage?"

If it causes permanent pain or arthritis in 4/30 or about 12% of the vaccinated people, is it worse than 1 out of how many dying from Ebola? Especially when you are going to vaccinate about 100 Million People.

Are 12 million people crippled with arthritis like symptoms worse than how many dead from Ebola?

If it is definitely temporary, and not permanent, then keep going. If it is long term, then start over, the vaccine is too dangerous.