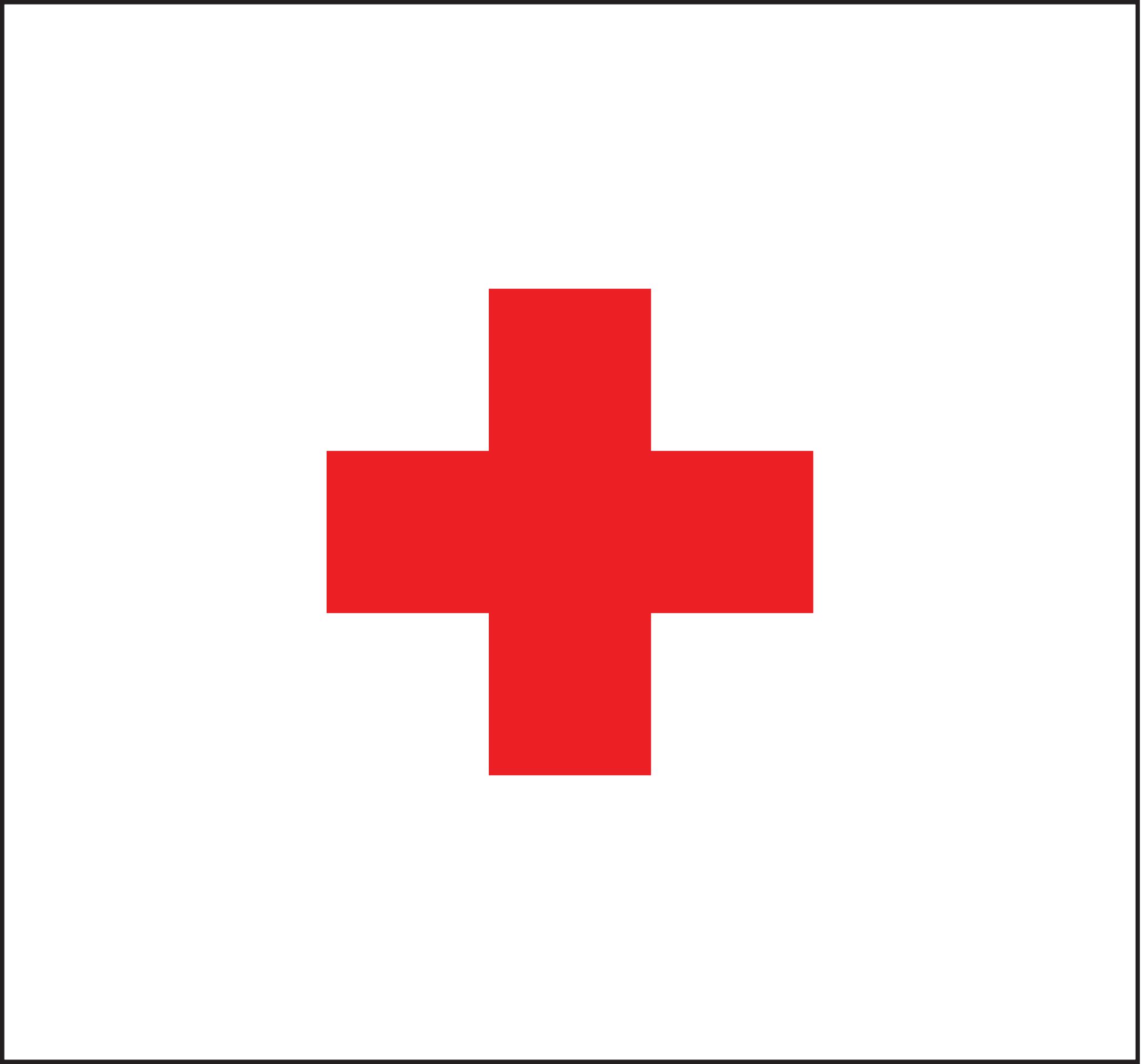 WRSA has a link to an American Partisan article by NC Scout, with a sobering thought:

"I’m sure you have thought about what happens when the hospital notifies the Anti-Terrorist Police about the GSW that just showed up at the ED entrance."

As far as it goes.

But slapping on some QuickClot and an Israeli Battle dressing isn't the end of your GSW problems, should such befall you; it's only the beginning of them.

Ignoring the yuuuugely unopened can o' worms behind high-velocity penetrating trauma, and where bullets go, and what they do, and why the sea is boiling hot, and whether pigs have wings, we focus on a nominally so-called "uncomplicated" GSW.

IOW, even if no major bones, blood vessels, nerves, or other important bits and bobs are hit, a simple in-and-out, through-and-through projectile hole will still find eleventy ways to kill you deader than canned tuna, if all you've got in your magic bag is anticoagulant and a constrictive pressure dressing.

I've only been toiling in this particular vineyard for about a quarter century, so I may miss a thing or two, but let's take a slightly deeper peek at this from my side of the fence, so at least the brighter lights out there will have some wee appreciation for reality, and make a dent into knowing what they don't know.

Given: You have no major bleeding issues, and largely no problems with function, and you elect to skip the E.D. for reasons of your own. And you pounded in your hemostatic dressing, and wrapped it well with an IBD, ACE wrap, Coban, VetWrap, or strips of granny's torn-up knickers.

In no particular order:

1) When was your last tetanus (probably tDaP*) booster?

Why? Because you've got about a 72 hour window from puncture to an express ticket to the graveyard if you ain't got one of those. For cat bites and rusty nails, anything less than 10 years is probably ok. Bullet holes, 200 yards of donorcycle roadrash, or a shark or crocodile attack, and 5 years or less is much better. You probably got your first one between age 4 and 6. You got a booster between age 14 and 16. So if you're 26 or older, and don't know when your last booster was, you're already doing it wrong. They're cheap, easy, and can be had at drug store pharmacies and most any Urgent Care doc-in-the-box, for around $20-40, just for the asking. Make sure your tetanus booster status is up-to-date. Period. You WILL see this material again, IRL.

FTR, tetanus spores live on everything. Not just on rusty nails. Any hole in your people suit allows them to get from outside, in the air, to inside your meatsack, where they reproduce away from oxygen. And make a new home. That's not the problem. As a byproduct, they produce a toxin, which increases until it paralyzes all your muscles. S-L-O-W-L-Y.

And after about Day Three, the booster is too late to head the infection (and associated lethal paralysis) off at the pass.

For those of morbid curiosity, that would be with your body bent as all the muscles in your back contract, and draw you up like a bow, with only your heels and head touching the mattress, awake, unable to swallow, dying of thirst and starvation, fully conscious, until your diaphragm and rib cage muscles can no longer suck air, and you die staring at the wall behind your deathbed, in excruciating agony. Unless someone kindly holds a pillow over your mouth earlier until you stop breathing sooner, to cease your further descent through the levels of living hell before you embark upon the afterlife, or oblivion.

As iconic baseball manager Casey Stengel used to tell people, "You could look it up."

This description is from the era before there was a tetanus vaccine. About a century hence.

To the crybabies and pussies who whimper, bitch, and moan about a simple shot, I generally lay this out about this fast, and let them ponder

2) What about what physicians referred to quaintly from 1500 A.D. until about 1930 as "mortification"?

IOW, you're going to get an infection.

Neither was your skin on the outside, before it became a new orifice.

Neither were the clothes you were wearing when a portion of them was injected into your body at upwards of 800fps, or worse.

QuickClot ain't fixing any of that. Every minute after the initial corporeal insult, a veritable Noah's Ark of bacteria are doing what they do: eating, dividing, and multiplying.

They're going to make you the new lead solo in the Choir Invisible in about a week, left unchecked.

Septicemia, gangrene, and assorted related nasties will all have their way with you.

Unless you get some antibiotic prophylaxis. I.e. something to kill those cooties, and give your own immune system a leg up on winning that battle.

Currently, antibiotics in the cephalosporin family are the first-line choice for uncomplicated pentrating trauma.

A gram of Ancef given as a butt dart, followed by a week to 10 days of Keflex tablets will generally suffice. I leave it to the brighter and more motivated to research dosages and regimens from the standard medical trade references.

If you're not allergic to them.

If you have no contraindications for them.

If you have an IQ above that of plant life, and have researched what, how much, and how often to take them. And when not to. And what to watch for during and after. And when to know it ain't working.

If you can get your hands on them, both, and in sufficient quantity for a full course of treatment. Or the second- or third-line alternatives. (People who half-ass their antibiotic therapy, and quit early, aren't just quitters. They're generally referred to as morons with low gray matter titer, and future inhabitants of Boot Hill, in the trade. Don't be That Guy. For the younger set familiar with That 70s Show, the phrase you're thinking of is "Dumbass!").

Hint: There's a reason 18D school for SF medics is somewhere around 18 months long, and it's not for PT and obstacle courses. There's a lot of stuff to know, cold. Patients don't come with multiple choice bubbles tattooed on their chest.

Still not close to done, kids.

3) What about all that formerly viable flesh in the wound channel turned into non-viable chum?

It's maybe going to need removal, before it becomes food for #2, above.

How about general anesthesia; and someone to administer it, and monitor your vital signs until you wake up, and reverse any overdose, or 57 untoward effects, and the medicines to do all that?

Oh yeah, and someone to do the actual carving work while you're numbed up, or knocked out? (Look, Ronin was a great flick, as was John Wick: Parabellum, but absent a scriptwriter with a vivid imagination, and a paycheck like DeNiro or Keanu Reeves, you ain't gonna do the operation yourself, biting on a leather strap, and sewing yourself up afterwards while looking in a handy mirror.

So...d'ya know a good surgeon? Or even a bad one? Or a simple MD? A physician's assistant? A dentist? A vet? A former 18D with a sense of adventure?

4) What about pain control, now, and later?

What, you actually thought this wasn't going to hurt like hell, or that you'd get by on a couple of motrin and maybe a slug of gin?

5)What about related problems? Side effects? Bad outcomes? Physical therapy? And tending to you, including changing dressings, wound care, and drug therapy, not to mention making sure you get rest, food, and drink, daily, including making sure everything works coming in and going out, and notices when it isn't, until you're completely back to normal, status quo ante? (Hint: In the trade, we refer to that last compendium as "nursing". I or any good nurse pulls six figures/yr for a reason, and it ain't for juggling bedpans, despite the lame attempts at wit by morons who don't know any better.)

Somewhere close to now, you should start to realize that while it's a good first step, merely slapping a battle dressing on a bullet hole isn't going to cut it, unless your clever plan is to simply die a week later, at home, sitting in a puddle of uncleaned feces and suppurating pus.

We repeat, NC Scout's list is a good beginning point. An IFAK and a hospital are both useful items, but they are hardly interchangeable.

Best do a long re-think for Spicy Times, and secondary and tertiary sorts of considerations.

As CA told you in the OP above,

Or else, keep your life insurance paid up.

You WILL see this material again IRL.

*(tDaP = Tetanus, diphtheria, and pertussis - AKA whooping cough. Because your childhood shots for those ran out of gas decades ago, and yet the ongoing influx of unvaxxed yard monkeys from all these Turd World countries like Shi*holia and Trashcanistan arrive here over the back fence instead of through the front gate - i.e. legally - and without benefit of things like a First World course of vaccinations against Life's Little Catastrophes. Like tetanus, diphtheria, and whooping cough. Not to mention plague, TB, Chagas Disease, and about 4M other exotic nasties formerly confined to...wait for it... Sh*tholia and Trashcanistan. QED. Now ask me again why your medical bill here is so much higher here than it is for folks in those tropical paradises.)