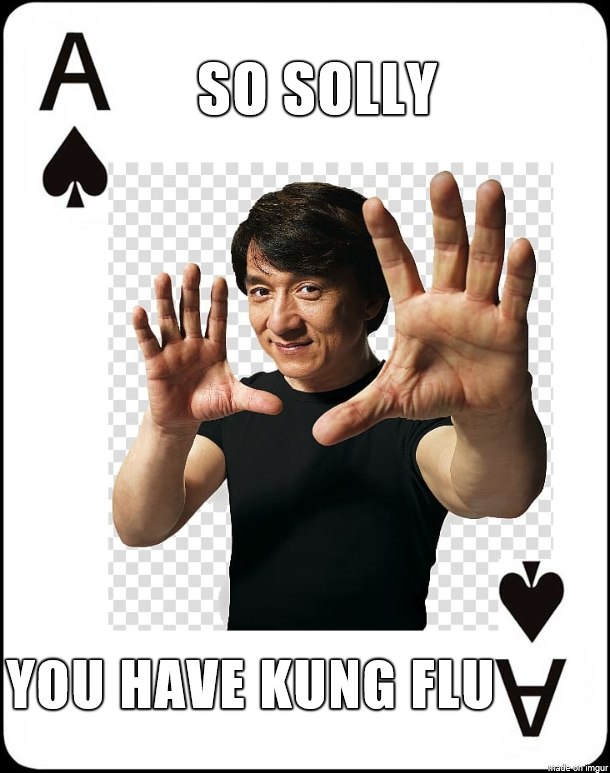 So, as I said I would at the end of that post, I went through my E.R.'s supplies this past weekend, and made a list of items that we source from China. The list is esoteric, and very inside-baseball, unless you're in the trade. I sent it, in a memo, up the chain, so that hopefully administration will source alternative vendors for items which may become Chinesium Unobtanium any day now, until further notice, because between 50-500M Chinese are no longer going to work in the toy factories that make the things I use to make sick people well. So forget the item list, but take away this TL;DR note:

Many of them might be sourced elsewhere (and I hope to hell we do it before it bites us in the ass); but many cannot be. The lack of some will get you or someone like you killed if I haven't got it.

Multiply that times nearly 5600 U. S. hospitals, and countless clinics and doctor's offices, just for healthcare, nationwide, and you can begin to grasp the magnitude of this problem.

Then, extrapolate that to the entire economy.

So when that pipeline dries up, possibly overnight, you tell me:

What does stock in WalMart or Harbor Freight open at on the market the day after they can't get their goods?

What about fourth-order effects?

Who gets laid off as a direct result?

What happens to the economy, not only for the family of Joe the Greeter and Sally the Checker, but for the folks whose groceries they don't buy, the movies they don't see, the gasoline they don't need to drive to work at the job they don't have any more, and the state and federal welfare dole they swell? Because some little sh*theads, in some sh*thole, had to have batburgers last year, the economy, perhaps of the world, takes a punch right in the crotch.
And the rot of fiatbux means the house of cards could all come tumbling down.
Possibly in a matter of weeks. Or months. Or hours. Or never.

No one has any effing idea whether or not, nor how fast and far, such a collapse could go.

And it doesn't even require even one single person more outside China to get corona virus, (or whatever-in-hell this is).

That's enough rose-colored glasses for one morning.
Think it over yourself.

And have a happy day.