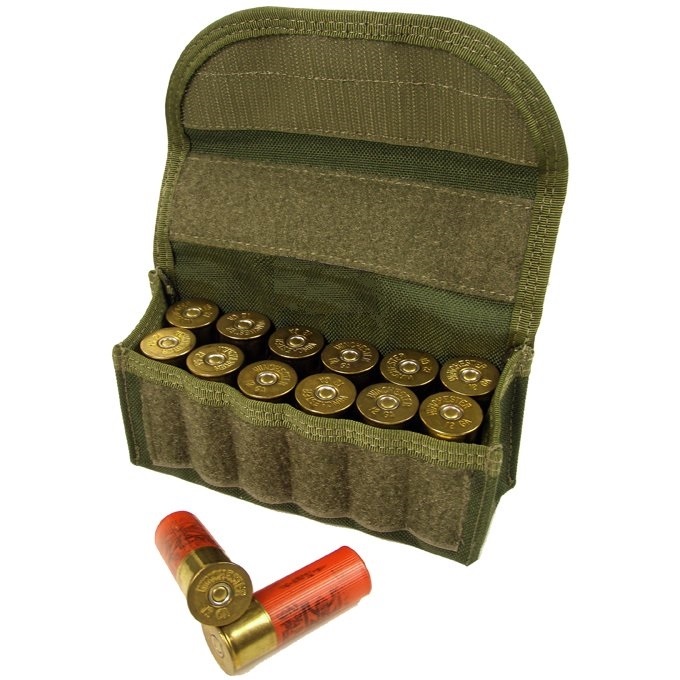 {Nota Bene: I'm not telling you that you should even have a pill kit. Nor what to put in your pill kit. I will tell you what I've put in mine. YOYO: You're on your own, in every sense - medical, legal, moral, etc., after that. Big Boy Rules apply. I'm not a doctor, and even if I was, I'm not your doctor. You should consult yours in reference to assembling any such item as described herein. Read and follow all label directions. You should understand medication action, proper dosages, indications, contraindications, and cautions of any and every medicine you carry, take, or might hand out. If you don't do that, I will testify in open court that you are an unmitigated moron, and should not be entrusted with sharp objects or even shoelaces. Test me, and see if I'm kidding. That constitutes your boilerplate safety briefing for this module.}

Step One: Obtain one (or more) standard MOLLE 12-round 12 gauge shotgun shell pouch(es), in whatever color of the rainbow they come in, and from whatever of 200 manufacturers tickles your happy switch. IDGAF about either point, and it doesn't matter for purposes of this briefing.
Step Two: Go to the Travel Aisle of your local pharmacy retailer. Obtain at least two bottles each of Tylenol and Advil. Brighter students will figure out why. Stay with the class, please. 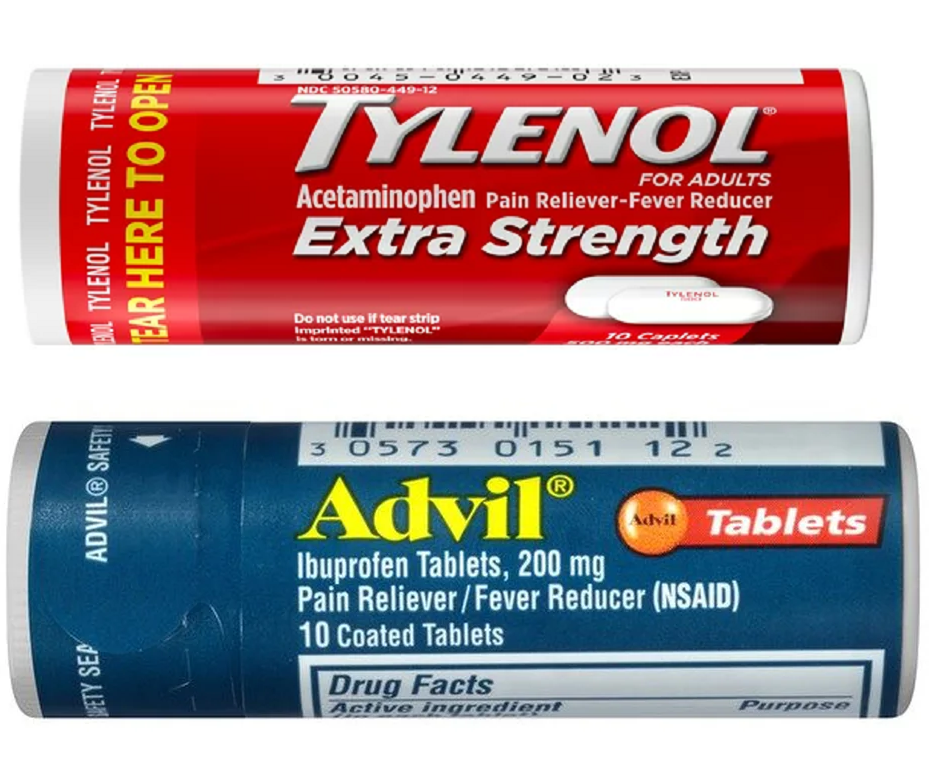 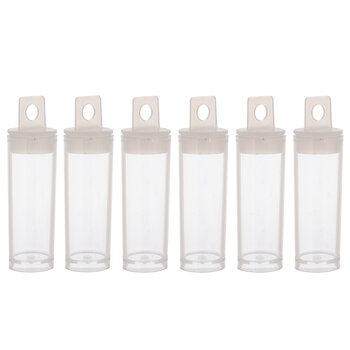 Step Four: Open all the 10-pill bottles of Tylenol and Motrin. Double pack each one. (FTR, I could get 14 Extra Strength Tylenols into one tube, and 18 Motrins into the other.

Step Five: Screw the caps onto those two bottles. Dump the extra pills back into the house supply, unless you have someplace else to put or use them. Put the two full bottles into two slots in the MOLLE pouch. They're almost exactly the size of a standard 2 3/4" 12. ga. shell. How cool is that?

Step Six: Peel the entire labels off the remaining two empty tubes. I put an entire 24-pill bottle of Aleve into one, and all 48 of a bottle of 81mg chewable baby aspirin into the other one.

Step Seven: Photocopy the labels from the bottles of origin of those medications, including name, dose, maker, lot number, expiration date, indications, and dosages. (The warnings etc. are Tom Clancy novel length.) Get some clear UV resistant packing tape, and label those bottles, sealing them outside the bottle, inside the tape.

Step Eight: Take the small bead vials (which are slightly smaller than a shell: 3/4" x 2 1/4"), and do the same procedure in turn with Immodium AD, Sudafed PE, Benadryl, and Pepcid AC. Obtain all in hard pill form, (not gelcaps, not ever, which will self-destruct in the bottle by the time you wake up the next day.)

You've now filled up eight of your twelve slots.

The last four I selected were an antacid (Rolaids), SPF 15 lip balm, and Original and Less Drowsy Dramamine, the latter two of which already come in travel-size tubes. 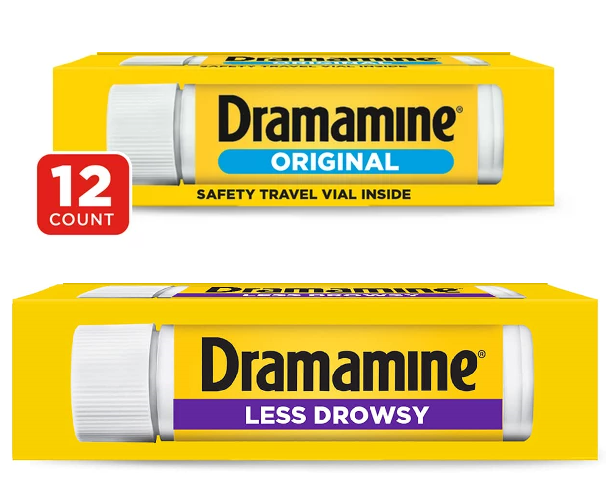 Original curbs motion sickness. Less Drowsy is meclizine, which curbs the vomiting that results. Both are handy to have.

Benadryl is an antihistamine. Sudafed PE is a decongestant. Immodium AD is a world-class anti-diarrheal. Pepcid is an acid blocker, but the way it works is as an H² histamine blocker. The histamine response is why you swell up with allergic reactions, including anaphylaxis. I'm not telling you to use it for that. I'm telling you I carry it, because every ED physician I've ever worked for, uses 40 mg of it for exactly that, alongside 50 mg of the Benadryl. YMMV.

You now have a small pouch of OTCs that will stand you in good stead against most of the things you can treat yourself for, in multiple situations. Which clips and buckles onto the outside of all manner of pouches, bags, belts, etc.

The Rolaids being in a paper foil roll, I put them in a small ziplock bag (found in most jewelry craft aisles), making it completely water resistant, as the other bottle and items are already. (They won't survive prolonged immersion while wading the Amazon, but a quick dunk, or a steady downpour on the exposed pouch, won't affect them much.

You could do another pouch, with your own RX meds, antibiotics, etc, plus additional OTC items. Including water purification tabs. If you go by the hobby paint aisles at Hobby Lobby, etc., you can also find small polyethylene dropper bottles that seal absolutely tight, and hold about 1/2 to 1 ounce of fluid. (IOW, they'll pass a TSA inspection.) 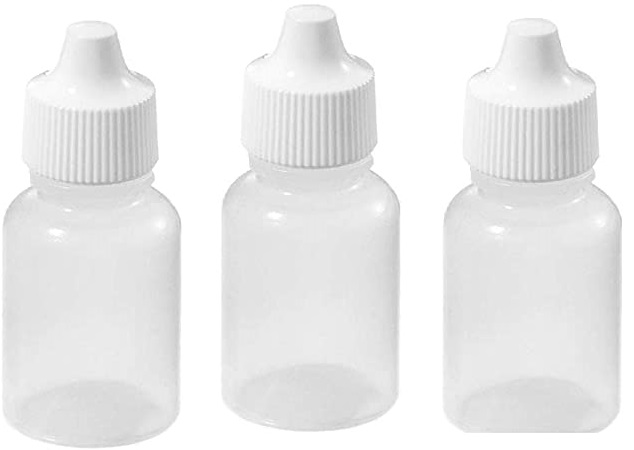 You can (and should) then put rubbing alcohol, hydrogen peroxide, Bactine, povidone-iodine, household bleach, etc. from much larger bottles into those little versions, and label them, and they'll fit into such a pouch as well, or your main FAK, without them leaking. Thus making you able to carry a personal-use quantity of all manner of modern medical potions, without toting 6 gallons of liquid, plus the packaging for same, and in handy dropper bottles for direct applications.

(NOTE: Hydrogen peroxide, bleach, and povidone-iodine bottles should be either painted completely on the outside with black paint, or dipped into a dark shade of Plasti-Dip to the bottom of the cap threads, then allowed to dry, before filling, and labelling. This because ambient light rapidly inactivates all of the above.)

You've now got a world-class expeditionary medicine kit, in a space slightly larger than your newest cell phone pouch.

Warning: You may want to go at this in bits, because the components are rather pricey, done all at once. YMMV.

This is just a modernized and ruggedized version of what NASA did for the Apollo missions to the moon.

Truly, there's nothing new under the sun.