From Sea To Shining Sea

Vis-a-vis this at WRSA just now:

"The former United States of America is irrevocably torn into multiple pieces.

All that remains is the drawing and securing of new borders."

With all due respect to CA,

First of all, it's simply morally repugnant. The Pledge of Allegiance says "One nation, indivisible..."

They were not just whistling Dixie when they wrote that.

We may have to throw some foxes out of the henhouse, but not a single chick will be ejected. Sheepdogs who barter some of the flock for an easy day don't last long. The only easy day was yesterday.

One of us is all of us, and there's not one square inch of US soil I'll freely part with, to cede to the commie Progtards, before I'd rather gladly see them all in Hell for daring to try.

Secondly, this isn't lifeboat ethics. Start throwing people over the side, and suddenly all the other guns will be pointing at you, and you'll be next over the gunwale the second it's convenient. Mark my words.

Thirdly, there are no "boundaries" to divide up. The coming conflict isn't a North-South thing, with clearly defined interest areas. Anyone who thinks it possible, or wise, to attempt such, is quite simply fucktarded beyond further argument, or else hasn't been paying proper attention.

You can't make peace with cancer. Either you kill it, or it kills you. Decide.

The coming conflict is going to be street-to-street, house-to-house, floor-to-floor, and in some families, room-to-room. Stop kidding yourselves, and wrap your heads around that reality.

The only way this can be carried out, is to win it all back. If that means we carry on afterwards with half the population - or more - gone forever, so be it. 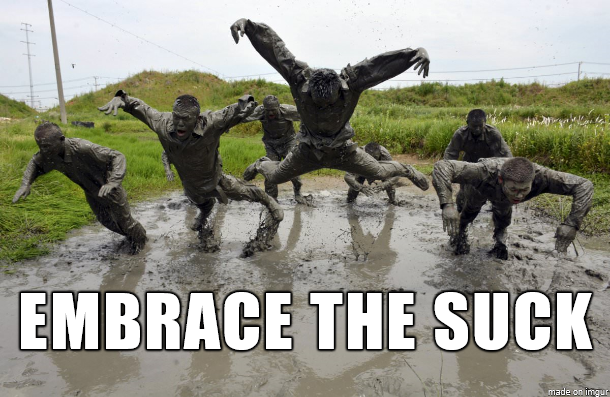 Further commentary on this, I leave to the Bard of Avon, from Henry V:

"He which hath no stomach for this fight, let him depart. His passport shall be made, and crowns for convoy put into his purse. We would not die in that man's company..."

And to those who foolishly thought they could jack an election, and hijack a country, with no penalty, do I repeat the following message, from the same source, to tell you what follows:

"Bloody constraint. For if you hide the office, even in your hearts, there will we rake for it. Therefore in fierce tempest are we coming, in thunder and in earthquake, like a Jove. And if requiring fail, we will compel. This is our claim, our threatening, and our message."

"Scorn. And defiance. Slight regard. Contempt. And anything that might not misbecome the mighty sender doth we prise you at."

Steel your hearts. Sharpen your steel. And yet again, This isn't just going to get uglier than you imagine before it's over.

It's going to get uglier than you can imagine.