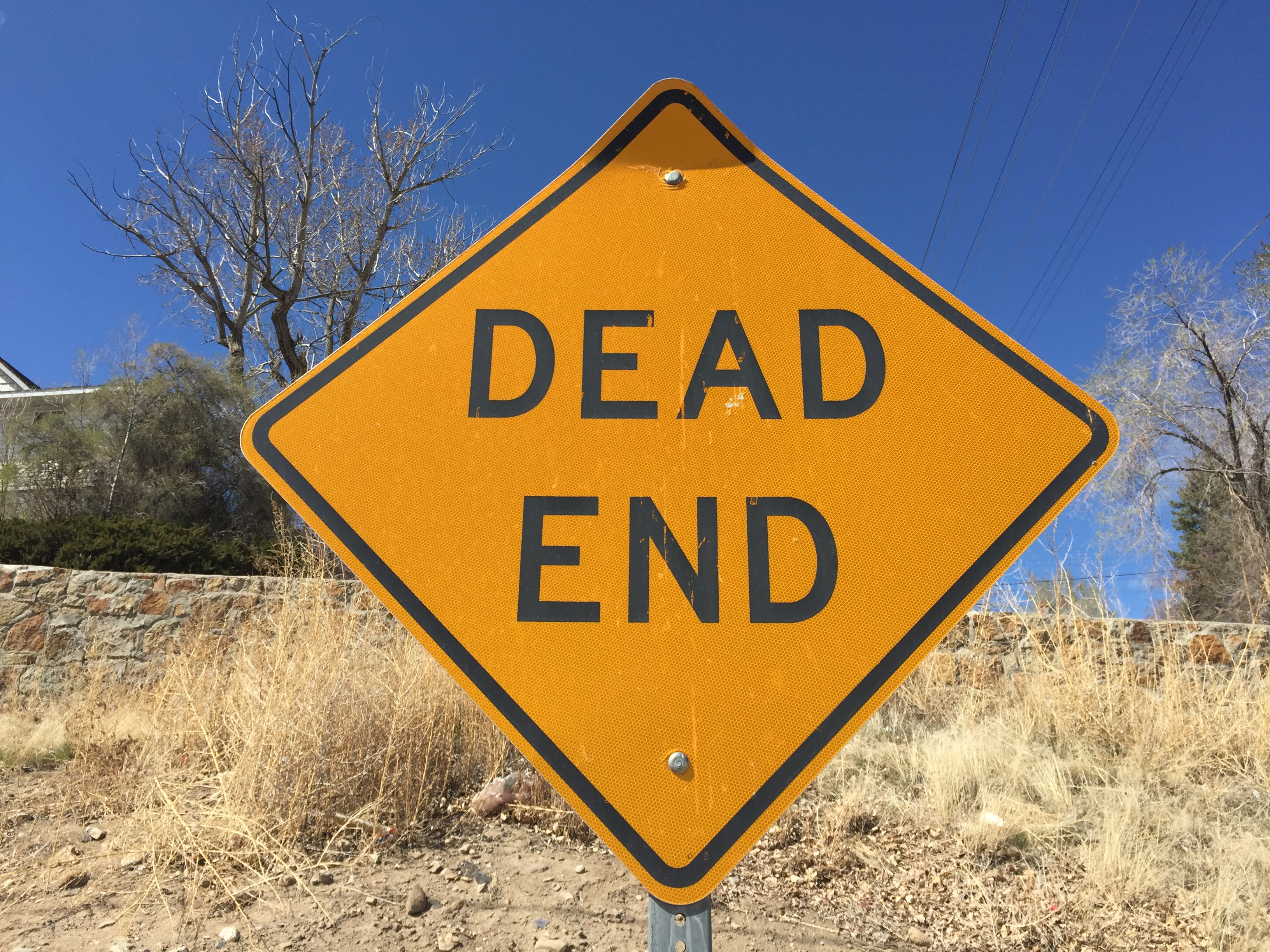 Everything about this case leads nowhere. Exactly as I suspect was intended from the outset.

We know Stephen Paddock was found dead at the scene.
We know 197 people were shot, ostensibly from a suite comped to Paddock, from a pair of rooms he began staying in 6 and 1/2 days prior to the shooting.
We know in it were found thousands of rounds of ammunition and 23 weapons, at least 20 of which were nothing but props, and which the carting to the premises was nothing but theatre, and not expediency.
We know that Paddock acquired 33 of the nearly 50 weapons he owned in the last 12 months.
We know he stayed at hotels overlooking several other concert sites recently.
We know he had 10-20 or more 100-round Surefire magazines that fit all the .223 AR-type rifles found in Vista Suite 32-135.
We know Paddock had virtually no online footprint, no political or religious affiliations, a far-beyond-comfortable nest-egg, and no discernible reason(s), neither personal, mental, or physical, to shoot 197 strangers and kill 58 of them, plus himself.
We know cameras were placed to allow a shooter inside the suite to see the approach of police coming up a long corridor to the room.
We know the emergency stairwell right outside his suite door was secured shut.
We know that a hotel security person, and a maintenance worker, were summoned to the exact floor and wing in question mere minutes before the shooting, by an unsecured door alarm three doors down from Paddock's rooms. How convenient.
We know someone inside the room fired several bursts at both of these men, at spitting distance, yet managed only one superficial injury to the guard, and none to the maintenance man.
We know that hotel security was notified within seconds, several minutes before shooting began on the concert, but that it took the police 18-19 minutes to arrive on the 32d floor, and who waited another hour and change after that to enter the suspect suite.
We know that over several minutes after that, hundreds to thousands of rounds were fired, ostensibly from the suite, at a concert site packed with attendees, at a range well within the effective range of an AR .223 rifle, and at a rate boosted to near full-auto cycling by the use of bump stocks.
We know that target was nearly the size of a WWII aircraft carrier.
We know no one on the ground immediately beneath the hotel reacted untoward after the initial bursts.
We also know that the initial pounding or shooting out of the windows on the 32d floor also produced no alerts, alarms, or anything else below.
We know that most of the exits from the concert venue were locked, trapping attendees in a large, stadium-lit killing zone for minutes during the onslaught, with a rat maze of obstacles to contend with to attempt to flee.
We know that after the initial burst down the hall, and after finishing the 6-minute killing bursts on the concert, no further fire was placed on either venue, and that it was several minutes, perhaps as many as 10, between the end of firing from the suite, and the arrival of the first LVMPD officers at the hallway landing on the 32d floor.

And then there are the questions.
Why should any wealthy retiree decide to kill three-score strangers, just for the helluvit?
Where did Paddock's money actually come from? (You don't win millions at video poker. But it's a great way to launder millions playing video poker, while losing a token amount; call that a laundry service fee.)
Why would a guy with two planes, several houses, and no worries shoot hundreds of strangers?
Why not just crash a plane into them, and vastly increase the tally of dead, assuming you were going to do that at all?
Where did Paddock fly to and from, from the day he got his license to the day he died?
Where did he regularly disappear to in the years before his death?
Why is one of his planes now owned by a VA LLC whose profile screams "CIA cover company"?
Why is there a number of discrepancies between federal records and registrations for his aircraft, and that of a private site that notably simply mirrors federal records?
Who has the power to scrub flight plans, and fiddle registration numbers?
What trips, and where, did Paddock take to and from anywhere since, say, 9/11/2001, when federal records-keeping should have notably become more comprehensive?
Where did Paddock - if he did it - sight in his weapons and practice with them? (I'm good, but no one just wakes up one day and opens fire on a crowd at optimum sniping ranges and hits center of mass, at night, with cold shots, from never-fired weapons, on bump-fire. No fucking way.)
Where did Paddock learn to shoot? Not from family, military, or any other discernible sources, yet everything about the act, including the paper calculations found on the paper near the body, bespeaks of training and education in the gentle art of killing people with a sniper's meticulous precision that he shows no evidence of ever having received, save by osmosis from gun oil.
I could go on, as I have only a hundred more, because so far, every fact revealed about this case produces five necessary new questions for every one it answers. The official narrative is plainly bullshit.
A security guard with no guard papers.
A killer with no motive.
A sniper with no training.
"Mental illness" pulled out of the hat with much hand-waving, but only to explain the final 72 minutes of a case that demonstrates anything but that. (If you go there, you're a retarded jackhole building castles in the sky with cotton candy. Quote me.)
Dozens of weapons with no purpose.
A convenient alarm right by the suite, just before the attack. (Pull the other leg, it's got bells on it.)
An ear-witness, miraculously not killed by hundreds of rounds fired at him in a straight hallway at mere yards, who then disappears the minute scrutiny turns to him.
All potentially corroborating video and electronic evidence of the Official Narrative hoovered up (you should forgive the unintentional pun) immediately afterwards by the FBI, and unreleased two weeks later, conspicuous by its total absence, and which would shut down further speculation in three seconds if the narrative were anything close to the truth.
A sheriff who can't get the most basic facts of the case assembled coherently, despite two weeks and multiple attempts. (And with the Bureau's vulture sitting on his shoulder and looking shark-eyes at him for every word of every press conference since Hour One.)
A total official stonewall until all further information is squelched and pinched off.

Nearly two weeks later, there are still stories full of metric fucktons of derp; and others full of well-informed clarity, but even the best of them only add questions far more than answers.

(And sorry boys and girls, but wild flights of "the belt-fed .30 cal", pseudo-scientific analysis of shitty audio and shakycam cellphone vids, and tales of multiple shooters from hysterical victims fleeing for their lives, all the way to "The One-Armed Man On The Grassy Knoll" theories, aren't helping anything along. Corroborated evidence beyond hearsay, or it didn't happen, capice?)

This is all - everything we've been told to "just accept" - so much horseshit.
Fifty eight people were killed, and 197 shot, in service of nothing whatsoever but a bullshit narrative, which serves nothing, so far, except the agenda to overturn the Second Amendment, and restrict the liberty of millions of people who didn't do it.

And, just saying, but isn't it miraculous how there were no mass shootings for pretty much the entire last administration - oh, except for some "workplace violence" at Ft. Hood - but totes coincidentally, both of the last two Republican admins get, respectively, 9/11, and now Vegas, both at the end of their first summer in office?
After being hamstrung in both cases by overweening, overwhelming, well-orchestrated astroturf campaigns and frothingly insane attempts to completely de-legitimize their elections?
I'm sure that doesn't mean anything, and it's all pure random chancey happenstance.
Move along. Nothing to see here.


If anything substantial comes to light, I'll come back to this. But nothing more seems to be forthcoming at this point.

By Official Design and Intent.

If they wished it were otherwise, they could be doing daily show-and-tell with bank records, flight records, travel records, a parade of the dozens to hundreds of corroborating witnesses, and hours of video from the Mandalay Bay Resort security cameras.
They have not done so, deliberately, and probably because they don't have anything that would show that, and what they do have undermines it, wholesale and totally.
Chew on that for awhile.

The only thing they produce by that is uncertainty, and widespread unease and distrust.
Chew on that for awhile, too.

This entire case is a naked man with a rhinoceros in his armpit trying to do magic tricks and pull it out from under his handkerchief.

"Nice try, genius, but we can see the rhinoceros!"