Putin's gonna peg the Ruble to gold, and knock off the dollar! Eleventy!! ZOMG!!!

Last year's Russian budget was $233,000,000,000. (Way more than that - 16 TRILLION - in Rubles, which are worth about a penny, and less now that two months ago.) Russia's gold on hand, per some commenter, which we'll stipulate for humor purposes, is 2200 tons. At current rates of gold/dollar exchange, that means that the Russians printed 33% of the government spending out of Putin's ass-gas from borscht and caviar. And that's only LAST year. That means everything they printed every year prior and every year from now on is ass-gas too. Times, what...32 years, just since the birth of the current Russian Federation?!? And forward in perpetuity??

(Bonus: Anyone remember why the Soviet Union collapsed? Anyone? Beuller?? Ferris Beuller...???)

And the Russian government budget is only 20% of their national GDP.

IOW, in order to meaningfully peg the ruble to gold, they'd need 7-8 times more gold than they have, which would be 50% of the total known gold reserves of the entire world, which they ain't got, ain't gonna get, and never will have.

And the Russian economy is only about 7% the size of the US economy. We have double their gold reserves, and we couldn't do what they're announcing in a thousand years, short of worldwide ironclad agreements, and massive deflation, which would also halt all government money printing virtually forever. NTTAWWT.

This is like Texas trying to take over the world by printing Confederate money, and requiring it (or gold) to buy Stetsons, Pace Picante Sauce, and Igloo Coolers.

And in any event, neither Putin, nor Russia, nor anyone sane, is ever going to swap rubles for gold. That ship sailed for good in 1971. Which means this is all Russian bullshit, and the ruble is, and will continue to be, finely-engraved toilet paper, just like all fiat currencies. (Including the dollar, as we've told you, and told you, and told you.)

It would take a simultaneous agreement for 5300% worldwide deflation, from everyone, and a permanent exchange rate, to back the world by stable currencies, using all gold reserves in existence, divided by the current planetary GDP.

And that's pre-tax income. Uncle Gimme and his state and local minions would still have their hands out for 10-50% of what you make.

Get 200 nations to sign on to that, and we can back everything with gold, forever.

Until then, as neither Russia nor any sane nation will ever again trade their fiatbux for physical specie (gold or silver), this is all smoke and mirrors. Fairytales. Vaporware. 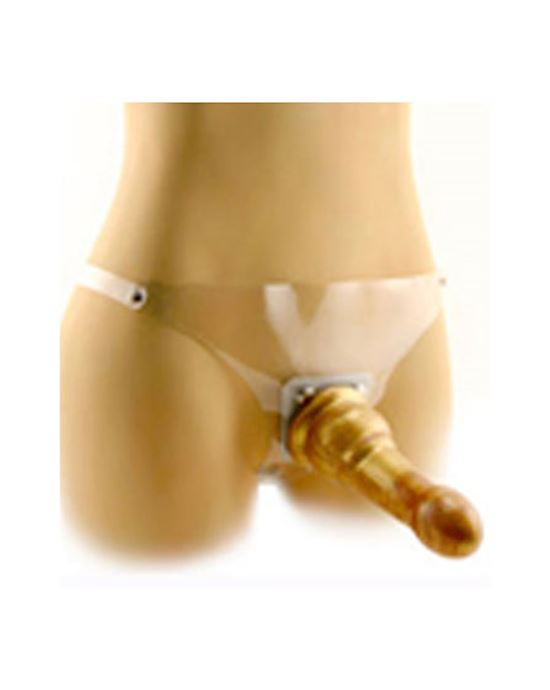 There may come a point where the dollar isn't the international reserve currency*.

But this news ain't it. It would take a helluva lot more than just Russia to do that.

*UPDATE: Want to see how it's far more likely to come about?

[Pro Tip: You've heard about this from Peter at BRM. You've heard it from CA at WRSA. You've heard it from me. You've heard it from Phil at Bustednuckles. And from John Wilder. You've probably heard it from Deninger and Tyler Durden a time or twelve too. Now Eric is piling on, in splendiferous detail. Bracken. Ferfal. Selco. Michael Yon. ,Rawles, since ever. And on and on. Maybe, just maybe, at some point, the penny will drop for you, if it hasn't already. And you'll start to think in terms of a world where those green pieces of paper in your wallet and bank account are worthless. And you'll decide to prepare for "Then what?", hopefully while there's still some brief period of time to do so.

Nota bene: NOBODY is telling you to run around like a headless chicken, or a person whose head is on fire. They're telling you that the financial system you take for granted, and have your whole life, is a house of cards, and a windy day is coming. Make prudent preparations for that. If you can figure this out for yourself without being a spaz now, you'll never have to be one later. I'm guessing the Fukushima Tsunami was a lot more fun to watch from over here, than it was on the coast of Japan in real time. I'd venture a guess that financial collapse will be a lot like that too, and high ground for that looks a lot like arable land with available potable water, a garden and some barnyard animals, friends and neighbors to ride the river with, clear fields of fire, and being pretty self-sufficient for most to all normal needs. Just like for 37 other possible problems.

Worst case? You're early, or it never happens, and you're still ready for a buttload of other grief from any number of scenarios.

Don't care? No problem. Suture self.]